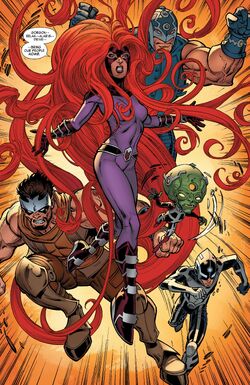 When the New Attilan government was restructured under Iso's leadership,[3] the Inhuman Royal Guard became part of the New Attilan Security Force under Nur's direction.[4]

Like this? Let us know!
Retrieved from "https://marvel.fandom.com/wiki/Inhuman_Royal_Guard_(Earth-616)?oldid=5548104"
Community content is available under CC-BY-SA unless otherwise noted.