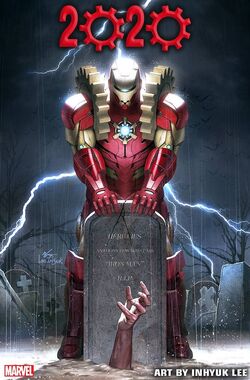 In response to the increasing oppression robots and other kinds of artificial life forms endured from the government, Machine Man started rallying the robotic population to fight for their rights. Concurrently, Tony Stark came to terms with the discovery that he was an artificial life form himself; his current body having been artificially grown and his brain loaded with a digital backup of his mind. Tony's brother Arno Stark used this admission to delegitimize him. He seized control of all Tony's assets, including his company Stark Unlimited and the Iron Man name.[2]

Believing in the arrival of an inminent Extinction Entity whose intent is to assimilate all A.I.s and organic life, Arno and his partner Sunset Bain become the premier forces of A.I. oppression. Having come to terms with his nature as an artificial construct, Tony joins the A.I. Army. He becomes the leader of the rebellion, renouncing his previous identity and calling himself Mark One.[3] In the side of the fight against robots, Maria Hill reassembled Force Works as a task force led by War Machine to combat A.I.-related terrorism.[4]

The A.I. Army continues its efforts to liberate their brethren using Un-Inhibitors, devices capable of overriding any form of control over a robot's free will. During a confrontation against the A.I. Army, Arno takes hold of an Un-Inhibitor and reverse-engineers it to create an "submission code" capable of making any robot compliant to humans if their operative system is infected with it. The A.I. Army learns of its creation through their informant, "Ghost in the Machine," and Mark One leads an assault on Bain Tower to stop a global broadcast of the submission code. The transmission turns out to double as a bait set up by Arno to draw out Mark One. During the attack on Bain Tower, the A.I. Army's forces are overpowered, and Machine Man is lured away by Jocasta, his girlfriend who had fallen victim to the submission code.[1] Jocasta lures Machine Man to a Baintronics factory where he is confronted by his rebuilt X-Model predecessors and his would-be successor X-52,[5] but he manages to defeat them and escape with Jocasta's head.[6]

Arno defeats Mark One and attempts to reason with him to stop the rebellion, revealing that he only intends to use the submission code as the path of least resistance to unite humanity with robotkind against the Extinction Entity. Mark One dismisses Arno's standpoint and uses a robot march rallied by Machinesmith that had just arrived outside Bain Tower as a distraction to slip away and fly towards Bain Tower's transmission dish. He manages to stop the broadcast and disable the antenna, but Arno knocks him off the top of the building in retaliation.[7] As his allies escape with his body, Tony wakes up in the Thirteenth Floor, where Friday had pulled his consciousness before he could die. Meanwhile, Machine Man takes Jocasta's head to Andy Bhang, who manages to remove the submission code.

As Friday tries to convince Tony that he is not a duplicate as he currently thinks, Arno decides to change his plans and instead device a way to control people, whom he deems as the more difficult party between humans and robots. When Bain argues against this, Arno reveals that she is actually an A.I. duplicate of the real Sunset Bain, whom Arno had switched for leverage. Dr. Shapiro relays the information about Arno's new plan to Friday, who is revealed to be Ghost in the Machine. After being confronted with holographic manifestations of himself in different points of his life, Tony finally acknowledges that he is the real Tony Stark.[8] Tony's allies assault the Stark Unlimited HQ, and Jocasta incapacitates Sunset by uploading the submission code into her brain. Tony's friends place his body in a bio-pod which replaces his artificial cells with DNA samples of his parents gathered by Rescue. After uploading his consciousness into his restored body, Tony and his allies transport to the Stark Space Station, where Arno is installing his mind-controlling device. Using his new Virtual Armor, Tony manages to defeat Arno. Their confrontation is interrupted by the sudden arrival of the Extinction Entity.[9]

With the Extinction Entity's arrival convincing Tony that his brother was right, he offers his support, and wraps Arno in the Virtual Armor to restore his suit. Arno rallies Tony and his allies to take on the Extinction Entity. They are joined by Earth's heroes and more of Tony's allies. Ultimately, Arno willingly assimilates with the Extinction Entity, revealing that his nature as a human who is more A.I. at heart makes him a singularity, causing the invading monster to disappear in an explosion. However, it's revealed that Tony and Arno never moved from the Stark Space Station. When Tony wrapped Arno in the Virtual Armor, it submerged him in the eScape, with Friday running a simulation to give Arno a happy ending. Tony explains that Arno had only managed to abate the symptoms of his congenial disease, and it was still going to kill him. The Extinction Entity was only a delusion caused by the creeping illness, which is now contained by the Virtual Armor acting as a new life support system.

In the aftermath, Jocasta has Sunset expose herself in a congressional hearing and Tony prepares to resume his life. Clad in a new retro armor, Tony hands over the Stark Unlimited HQ to Andy Bhang, changing its logo to Bhang Robotics' as a gift.[10] 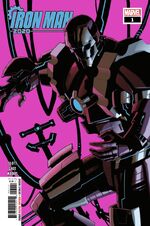 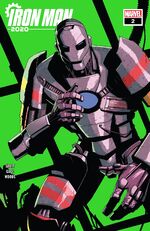 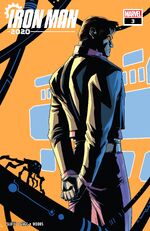 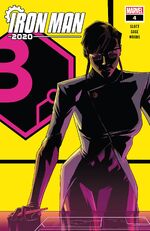 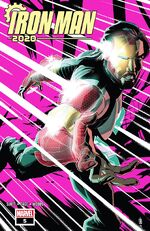 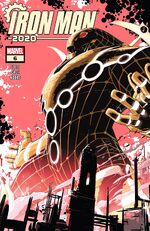 Retrieved from "https://marvel.fandom.com/wiki/Iron_Man_2020_(Event)?oldid=5682419"
Community content is available under CC-BY-SA unless otherwise noted.