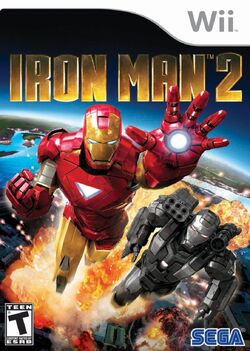 While the game bears the Iron Man 2 title, it is in fact a sequel to the movie; taking place sometime inbetween Iron Man 2 and The Avengers.

Like this? Let us know!
Retrieved from "https://marvel.fandom.com/wiki/Iron_Man_2_(video_game)?oldid=5520752"
Community content is available under CC-BY-SA unless otherwise noted.