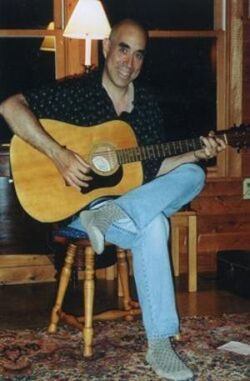 DeMatteis was born and spent his formative years in Brooklyn, which led to great characterization when Captain America lived at 569 Leaman Place, Brooklyn Heights.

With over writing credits for over 300 Marvel issues, DeMatteis is easily noted as a bulwark and significant writer for Marvel, particularly in the 1980's.

Quote from J.M. DeMatteis: "The impossible isn't a limitation, it's an invitation."

As a adolescent, Marc DeMatteis had letters published at Marvel Comics. One is seen in Daredevil #97.

Like this? Let us know!
Retrieved from "https://marvel.fandom.com/wiki/J.M._DeMatteis?oldid=6549195"
Community content is available under CC-BY-SA unless otherwise noted.