For fictional versions of Jim Lee as a character within comic books and/or other media,
visit this disambiguation page.
Jim Lee 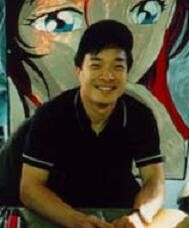 Jim Lee is an artist and writer, who has worked form Marvel, Image, and DC.

Jim Lee's artistic style was hugely influential in the late 80s and early 90s. New artists at Marvel would be told to 'draw like that guy' - referring to Jim Lee - and a number of other highly successful artists of the time had or adopted similar styles, notably Todd McFarlane and Rob Liefeld.

Jim Lee left Marvel to cofound Image, where he wrote and penciled Deathblow. He quickly moved solely into the role of writer while at Image.

Later, Jim Lee returned to Marvel as a writer for the Heroes Reborn issues of Fantastic Four and Iron Man.

Like this? Let us know!
Retrieved from "https://marvel.fandom.com/wiki/Jim_Lee?oldid=6546305"
Community content is available under CC-BY-SA unless otherwise noted.