For fictional versions of John Byrne as a character within comic books and/or other media,
visit this disambiguation page.
John Byrne 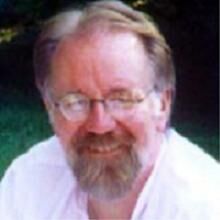 John Lindley Byrne (born July 6, 1950) is a British-born naturalized American author and artist of comic books. Since the mid-1970s Byrne has worked on nearly every major American superhero. His most famous works have been on Marvel Comics's Uncanny X-Men and Fantastic Four and the 1986 relaunch of DC Comics's Superman franchise. During the 1990s he produced a number of creator-owned works including Next Men and Danger Unlimited.

Byrne was born in Walsall, England, but he and his parents (Frank and Nelsie) moved to Canada when he was eight. His first exposure to the American superheroes that would dominate his professional life were reruns of American programs such as The Adventures of Superman on British television. In Britain, he was able to read domestic comics such as The Eagle as well as reprints of DC Comics. [1] He was married to photographer and actress Andrea Braun Byrne for fifteen years.

His first encounter with Marvel Comics was in 1962 with Stan Lee and Jack Kirby's Fantastic Four #5. He later commented that, "the book had an 'edge' like nothing DC was putting out at the time."[2] Jack Kirby's work in particular had a strong influence on Byrne and he has worked with many of the characters Kirby created or co-created. Besides Kirby, Byrne was also influenced by the naturalistic style of Neal Adams.

In 1970, Byrne enrolled at the Alberta College of Art and Design in Calgary. He created the superhero parody Gay Guy for the college newspaper which poked fun at the campus stereotype of homosexuality among art students. Gay Guy is also notable for featuring a prototype of the Alpha Flight character Snowbird. While there, he also published his first comic book, ACA Comix #1, featuring "The Death's Head Knight". [3]

Byrne left the college in 1973 without graduating. He broke into comics illustrating a two-page story by writer Al Hewetson for Skywald Publications' black-and-white horror magazine Nightmare #20 (August 1974).[citation needed] He then began freelancing for Charlton Comics, making his color-comics debut the E-Man backup feature "Rog-2000". This starred a robot character he'd created in the mid-1970s that colleagues Roger Stern and Bob Layton named and began using for spot illustrations in their fanzine CPL (Contemporary Pictorial Literature). A Rog-2000 story written by Stern, with art by Byrne and Layton, had gotten the attention of Charlton Comics writer Nicola Cuti, who extended Byrne an invitation. Byrne went on to work on the Charlton books Wheelie and the Chopper Bunch, Doomsday +1, Space: 1999, and Emergency!.

Byrne's first story for Marvel Comics was "Dark Asylum" (written by David Kraft), published in Giant-Sized Dracula #5. He began drawing Marvel's lower-selling titles, including Iron Fist, The Champions, and Marvel Team-Up. For many issues, he was paired with writer Chris Claremont.

In 1978, he joined Claremont on The Uncanny X-Men with issue 108. Their work together would make them both fan favorites and the X-Men became one of the industry's best-selling titles. Byrne has repeatedly compared his working relationship with Claremont to Gilbert and Sullivan, and has said that they were "almost constantly at war over who the characters were."[4] Byrne became "increasingly unhappy" and left the title with issue 143. He has described his current relationship with Claremont as "cordial" but said it would be "too frustrating" to work with him again.[2] In 2004, however, the two teamed up once more for a brief run on DC's JLA.

In the early 1980s Byrne worked on a number of other Marvel books. His nine-issue run (#247-255) with writer Roger Stern on Captain America included an issue (#250) in which the Captain was nominated for the US presidency. Marvel persuaded Byrne to write and draw Alpha Flight, a Canadian superhero team who were first introduced "merely to survive a fight with the X-Men". [2] The book was popular (its first issue sold 500,000 copies [5] and critically well regarded, but Byrne has said the book "was never much fun" and that he considered the characters two-dimensional.[2] One of those characters, Northstar, became Marvel's first openly gay superhero. Though intended by Byrne to be gay from the beginning, his homosexuality could only be hinted at during Byrne's tenure on the book. After issue 28, he swapped books with Bill Mantlo, writer of The Incredible Hulk. According to Byrne, he discussed his ideas with editor-in-chief Jim Shooter ahead of time, but once Byrne was on the book, Shooter objected to them.[2] Byrne only wrote and drew six issues (314-319) of the Hulk.

Byrne's most important post-X-Men body of work was his six years on The Fantastic Four (#232-293), considered by many to be a "second golden age"[6] on that title. Byrne said his goal was to "Turn the clock back...Get back and see fresh what it was that made the book great at its inception."[7] However, he also made a number of significant changes to the title: the Thing was replaced as a member of the quartet by the She-Hulk, while the Thing had adventures in his own comic (also written by Byrne), and his longtime girlfriend Alicia Masters left him for his teammate the Human Torch; the Invisible Girl was developed into the most powerful member with her heightened control of her refined powers and the self confident assertiveness to use it epitomized by her name change to the Invisible Woman; and the Baxter Building, their headquarters, was destroyed and replaced with Four Freedoms Plaza. Byrne has cited multiple reasons for leaving the book, including "internal office politics"[2] and that "it simply started to get old".[8]

In 1989, Byrne returned to work on a number of titles for Marvel Comics. His work on West Coast Avengers (issues 42-57, soon renamed Avengers West Coast) was contingent on his being allowed to do what he called "my Vision story".[2] |The Vision was a long standing Marvel superhero and member of The Avengers, an android originally created by the villain Ultron constructed with the body of the original Human Torch. The Vision went on to join the team, marry his teammate the Scarlet Witch, and father two children by her. Byrne radically changed this, revealing that Ultron lied about the Vision's creation. The android Human Torch was found and joined the WCA. The Vision was disassembled and stripped of his emotions. The couple's twins were revealed to be pieces of the soul of the demon Mephisto. In addition to these changes, Byrne's run is notable for the introduction of the Great Lakes Avengers, an eclectic group of new superheroes.

At the request of editor Mark Gruenwald, Byrne wrote and drew a new series, the Sensational She-Hulk. Gruenwald demanded that it be significantly different from the character's 1970s series, the Savage She-Hulk. [5] Byrne's series was comedic and the She-Hulk, who was aware she was in a comic book, regularly broke the fourth wall. Byrne left the book after writing and drawing only the first eight issues. Traditionally at Marvel, writers and editors of regular series are consulted regarding side projects involving those characters, and Byrne was asked for input on Dwayne McDuffie's She-Hulk Ceremony graphic novel. According to Byrne, most of his objections to the story and notations of errors were ignored, and his editor, Bobbie Chase, "was rewriting my stuff to bring it into line with" the story in Ceremony. When Byrne complained to editor in chief Tom DeFalco, he reports that he was fired from the series.[9] He later returned to write and draw issues 31-50 under new editor Renee Witterstaetter.

In 1986, Marvel began publication of a new line of superhero titles created by then-Editor-In-Chief Jim Shooter, which took place in a continuum removed from the Marvel Universe proper, called the New Universe. In 1987, the New Universe line saw a revamp under the auspices of Executive Editor Mark Gruenwald, and Byrne took over writing and art breakdowns on the line's flagship title, Star Brand (which was renamed The Star Brand during Byrne's term on the book). Byrne's run started with issue #11 and continued until the cancellation of the title eight issues later, along with the rest of the New Universe line. The most significant event that occurred in that title under Byrne's tenure was the destruction of that continuum's city of Pittsburgh by the wielder of the Star Brand.

Byrne also started a new series called Namor the Sub-Mariner. Byrne's take on the undersea antihero Namor cast him as the head of a surface company, Oracle, Inc., and had him involved in corporate intrigue. Byrne wrote and drew the book for 25 issues, until new artist Jae Lee inspired a sharp change in the mood and plot of the book. Byrne wrote the book until issue 32.

In later years, Byrne has done titles for Marvel, DC, and other publishers.

In particular his work in the late 1990s in Marvel is known as some of more controversial (and criticized by fans), especially the Spider-Man: Chapter One, where Byrne tried to revive interest in the Spider-Man character retelling his earliest adventures, changing some key aspects, and declaring that the new version had supplanted the original stories as official Spider-Man canon.

His post-2000 works have often gone off the beaten tracks of the DC and Marvel universes and filled in characters and events in time periods mostly skipped by other comics (Marvel: The Lost Generation), or alternate timelines (DC's Superman & Batman: Generations); a common feature is to have characters who actually age during the course of the series unlike typical characters in ongoing comics.

At the present moment, Byrne is working on Star Trek comics.

Byrne has stated his major influences on his art style are Jack Kirby, Gil Kane, Steve Ditko, Neal Adams, and Jean Giraud (best known as Moebius), as well as British comics artists Frank Hampson and Frank Bellamy and cartoonist Giles. He later described himself as "a Frank Miller sponge," and told several interviewers of his desire to incorporate influences from Miller and Gene Colan into his style. He has also cited science fiction artists John Berkey and Syd Mead as contributors to his style. [citation needed]

Byrne's original work has been noted as being rough, with his drawings emphasizing curves over straight lines. Byrne has himself admitted to straight lines being "his least favorite artistic element."[10]

In Scott McCloud's book Understanding Comics, Byrne is charted along with other comics artists in the "Big Triangle".[12] McCloud's placement of Byrne within it identifies his style as similar to Gilbert Hernandez and Jim Lee, making the point that Byrne's line style is naturalistic without being overly detailed.

Byrne is, in 2005, an accomplished comic book creator, and is capable of producing virtually all aspects of a book, although he does still produce work in collaboration. The one exception is coloring, since Byrne is color-blind. He has problems distinguishing between some shades of green and brown and penciled Iron Fist for a year believing the costume was brown. While he experimented with his own hand-developed lettering fonts in the early 1980s, he now utilizes a computer font based on the handwriting of the letterer Jack Morelli. [13]

Byrne's artistic style, his layouts and his storytelling have been sources of instruction and inspiration to many comics artists, including George Perez,[14] Jim Lee,[15] Todd McFarlane,[16] Bryan Hitch,[17] and Marcos Martín.[18]

Like this? Let us know!
Retrieved from "https://marvel.fandom.com/wiki/John_Byrne?oldid=6546339"
Community content is available under CC-BY-SA unless otherwise noted.