For fictional versions of John Verpoorten as a character within comic books and/or other media,
visit this disambiguation page.
John Verpoorten 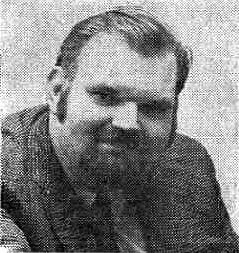 John Verpoorten is a comic artist who is best known for his work as an inker. He attended New York's School of Visual Arts, and began his career at the Tom Gill Studio for four years.

Verpoorten started working for Marvel Comics as an inker in 1967. He contributed to a wide variety of titles and became one of Jack Kirby's final Marvel inkers. When Kirby returned to Marvel in the mid 1970s he continued to ink his work for the 'Eternals' series and two 'Captain America' annuals. As a penciller he contributed to titles like 'Chili' and 'Not Brand Echh'.

Verpoorten became Marvel's production manager in 1970 and was responsible for coordinating the work of writers, artists, letterers and printers. In this occupation, he was also present in several uncredited fill-in stories. In 1975, Verpoorten also helped produce Big Apple Comix, an independent comic book published by Flo Steinberg.

John Verpoorten died at the age of 37 in 1977 due to a heart attack and perforated ulcer.[1]

Like this? Let us know!
Retrieved from "https://marvel.fandom.com/wiki/John_Verpoorten?oldid=6838734"
Community content is available under CC-BY-SA unless otherwise noted.