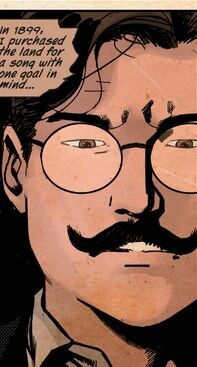 While a brilliant psychologist by the standards of his time, Doctor Ravencroft naively placed his trust in Doctor Nathaniel Essex - a sadistic mad scientist who proceeded to build a secret laboratory under the Ravencroft Institute, where he carried out numerous unethical experiments. After the disappearance of Doctor Claudia Russell, Doctor Ravencroft suspected Essex to be responsible and eventually ended his reign of terror over the institute.[2]

Despite his initial skepticism, Doctor Ravencroft eventually became a believer in the supernatural after personally encountering mystical beings such as Loki Laufeyson. In the 1930s, Weapon Plus commandeered Ravencroft Institute and began performing cruel experiments on the inmates with the aid of Count Dracula, with Doctor Ravencroft being - in his own words - too much of a coward to stop them. When Captain America and Bucky Barnes attacked the institute looking to rescue a friend who'd been abducted, Doctor Ravencroft unleashed the monstrous results of Weapon Plus' experiments before committing suicide.[3]

Like this? Let us know!
Retrieved from "https://marvel.fandom.com/wiki/Jonas_Ravencroft_(Earth-616)?oldid=6097250"
Community content is available under CC-BY-SA unless otherwise noted.