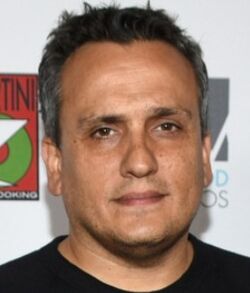 Anthony and Joe Russo grew up in Cleveland, Ohio. Joe graduated from the University of Iowa majoring in English and writing. The Russo Brothers both graduated from Case Western Reserve University where they began directing, writing, and producing careers.

Joe married Pooja Raj in 2011 and the couple has two daughters.

Like this? Let us know!
Retrieved from "https://marvel.fandom.com/wiki/Joseph_Russo?oldid=6838176"
Community content is available under CC-BY-SA unless otherwise noted.