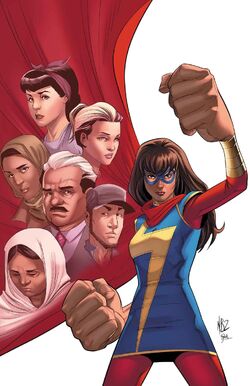 Fangirl Kamala Khan was imbued with a strange mist after the Terrigen Bomb was dropped. She gained polymorphic abilities and took up Carol Danvers' old name of Ms. Marvel and became a superhero who eventually joined the Avengers and takes charge as the leader of the Champions. 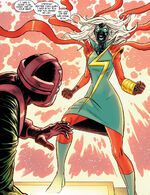 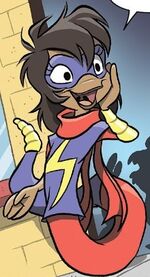 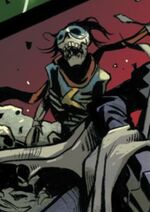 Miss Marvel
The Once and Future Marvel
(Earth-16101) 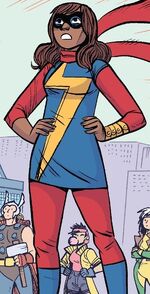 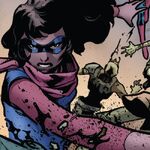 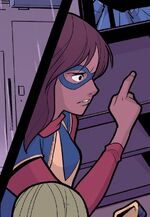 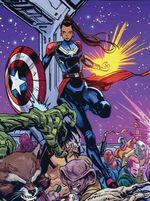 Captain Marvel
The Rider raised Thanos as his child
(Earth-18138) 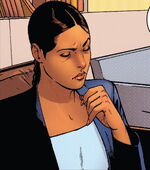 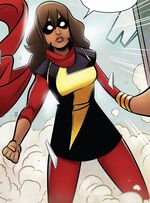 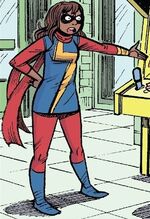 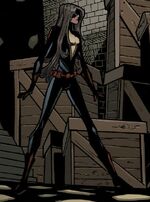 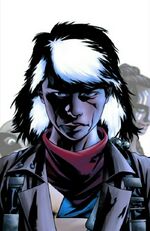 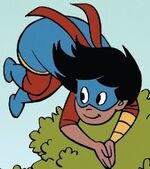 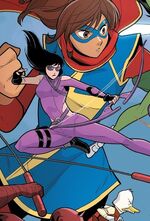 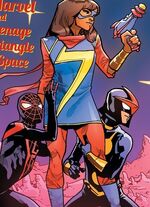 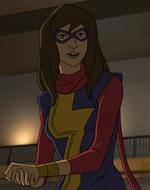 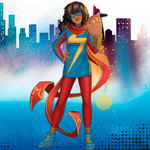 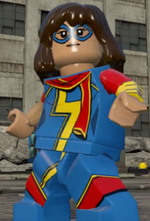 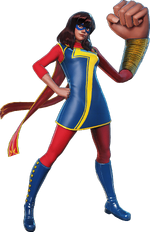 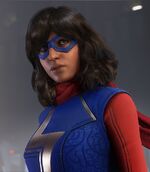 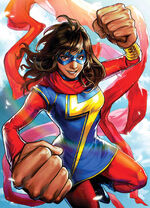 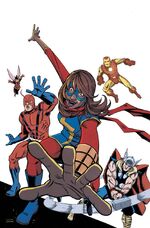 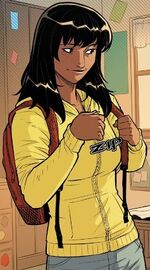 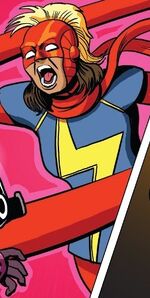 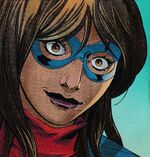 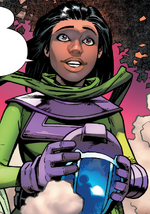