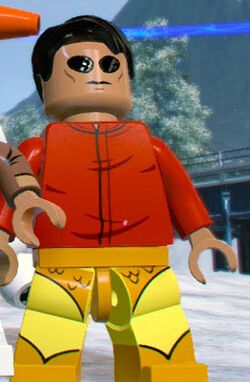 Koi Boi is the partner of Chipmunk Hunk and has become an ally of Squirrel Girl after helping defeating Hippo. He, Chipmunk Hunk, and Squirrel Girl later thwart an attempt by M.O.D.O.K to ruin a fundraiser thrown by the organization F.U.Z.Y..[1]

Seemingly those of Koi Boy of Earth-616. Also possesses a sonar sense.

Like this? Let us know!
Retrieved from "https://marvel.fandom.com/wiki/Ken_Shiga_(Earth-13122)?oldid=6059150"
Community content is available under CC-BY-SA unless otherwise noted.