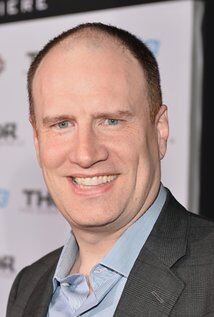 Kevin Feige is married to Caitlin Feige. He graduated from the University of Southern California's School of Cinematic Arts.

During his early career, Kevin Feige worked as an assistant to executive producer Lauren Shuler Donner on films like You've Got Mail and Volcano. During the filming of first X-Men film, Donner promoted Feige to an associate producer due to his vast knowledge of the Marvel Comics. Feige was also hired as a producer by Marvel Studios in 2000. Since 2000, Kevin Feige has been credited as a producer for multiple Marvel film and television projects including:

Like this? Let us know!
Retrieved from "https://marvel.fandom.com/wiki/Kevin_Feige?oldid=7035158"
Community content is available under CC-BY-SA unless otherwise noted.