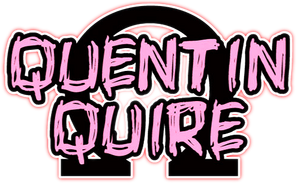 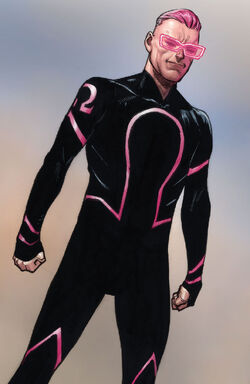 Quentin Quire first appeared as a brilliant telepathic at the Xavier Institute. Upon learning he was adopted, he flipped and changed his appearance to idolize the image of Trask's description of a mutant. While under the influence of the drug Kick, Quire (now using the alias Kid Omega), and some of his classmates murdered humans, announcing payback for the "murder" of another mutant. They would later enact a riot at the school causing, among other things, the death of Quire's crush, Sophie. Quire appeared to develop a Secondary Mutation, and was left comatose in Beast's lab, seen later by the Phoenix Force. Quire's body was later moved to Utopia, where he would later be possessed by the new Black King and used to show all remaining mutants that humans still hate and fear them. 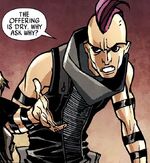 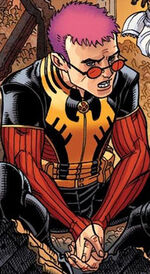 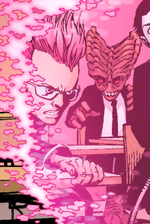 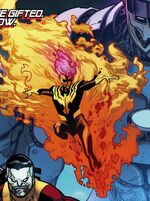 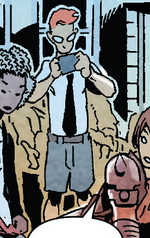 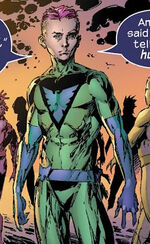 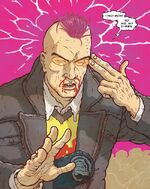 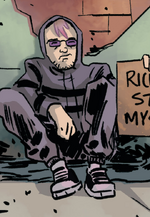 Phoenix
Retrieved from "https://marvel.fandom.com/wiki/Kid_Omega?oldid=6371720"
Community content is available under CC-BY-SA unless otherwise noted.