The story starts with the Guardians of the Galaxy arriving on Xandar to help the Nova Corps fight against Kang the Conqueror. Kang calls in Eson the Searcher to fight the heroes. While the Guardians manage to defeat him, Kang takes Xandar away as the Guardians escape. The Guardians then receive a distress call from Earth, so they travel there.

On Earth, the heroes celebrate their victory against Loki and Galactus in Avengers Mansion when they get an emergency call from Nick Fury. Fury informs them of various worldwide trouble, so the Avengers divide into three teams to tackle these problems. In Siberia, Thor, Captain America, and She-Hulk investigate a lab emitting strange radiation. Upon arrival, Captain America is taken over by The Presence, so Thor and She-Hulk fight both of them, freeing Captain America and the Winter Guard. In the Pacific Ocean, Iron Man and Captain Marvel disrupt Attuma and Roxxon's plans, but Iron Man gets injured in the process. On the Brooklyn Bridge, Spider-Man, Ms. Marvel, and White Tiger fight the escaped Shocker, Mysterio, Vulture, Kraven the Hunter, and Doctor Octopus. On Liberty Island, Nick Fury meets with the Guardians. Before the Guardians can warn Fury, Kang arrives and destroys the S.H.I.E.L.D. Helicarrier, before taking Manhattan into Chronopolis, along with the Avengers, the Guardians, and other heroes.

When Manhattan appears in Chronopolis, Kang tells the citizens and heroes that resistance is futile. Spider-Man then teams up with Spider-Woman (Gwen Stacy) to fight Vulture and Goblin 2099. Wasp sends the Avengers to investigate portals in Manhattan. Captain America leads Star-Lord, Gamora, and Groot to follow medieval knights, ending up in Medieval England and meeting Sir Percy. He asks them to help in storming Garrett Castle. However, Doctor Strange, followed by Captain Avalon, reveals that Sir Percy is actually Nathan Garrett, who has led them to Enchantress. While fighting Enchantress, Captain America is captured. The heroes head into the castle to defeat Garrett and free Captain America along with the real Sir Percy, who directs the heroes toward another portal.

Meanwhile, Spider-Man, She-Hulk, and Ms. Marvel chase Ulysses Klaw, which leads them to Wakanda. After meeting Black Panther, the heroes then make their way through the Vibranium Mines, which pits them against Man-Ape. While Man-Ape is defeated, Klaw, Tactical Force, and Bowman escape, so the heroes chase after them through another portal.

Both teams meet up in the Hydra Empire. Many of the heroes return to Avengers Mansion, while Captain America, Black Panther, and Star-Lord fly up to a HYDRA blimp. Inside the blimp, they fight against Klaw, Bowman, and Tactical Force. Captain America and Star-Lord then chase after Baron Zemo on a plane while Black Panther defeats Klaw. Thor, Captain Marvel, and She-Hulk then come in, heading off to investigate yet another portal while the others head back to the Mansion.

Thor, Captain Marvel, and She-Hulk end up in Man-Thing's Swamp, where they get into a fight and defeat Man-Thing. Kang and Ravonna then appear, destroying the Nexus of All Realities. It turns out Man-Thing was guarding the Nexus against Kang all along, but now ruined, Kang is able to bring all sectors of Chronopolis into one time period.

Cosmo the Space Dog sends a message to Avengers Mansion, but the signal is too weak, so the Guardians head off to find something to help. This takes them to the Old West. While in a saloon, Star-Lord gets into a fight, and Gamora saves him. Star-Lord and Groot then go off while the rest of the Guardians are attacked by M.O.D.O.K., who has become the local sheriff and has the piece of tech they need. They team up with Old West Captain America and chase M.O.D.O.K. off. However, during the battle, Groot was captured by Captain Corbett, and in trying to free him, Rocket was also caught. Star-Lord helps Kid Colt and Arizona Annie take down Captain Corbett along with M.O.D.O.K. The Guardians, now in possession of the tech they need, return to Avengers Mansion.

Rocket uses the pieces to boost the signal, allowing Cosmo's message from Knowhere to come through. Tony Stark and Giant-Man believe that something on Knowhere can take down the shield surrounding Kang's Citadel. However, they'll need to find a way to bring it into Chronopolis. Doctor Strange suggests using the Nexus of All Realities' shards to do so, and that he'll need a spell from the Book of Vishanti.

Thor and his team then arrive in Asgard to ask for Heimdall's help in finding the shards, but while there, they find out Loki has replaced Odin. The demon Surtur attacks, and while the heroes defeat Surtur and recruit Heimdall, Loki gets away.

Doctor Strange and his team search for the Book of Vishanti in the Sanctum Sanctorum, where they find it infested with Mind Maggots. They then discover that Mordo has stolen the Book, working for Dormammu. Strange defeats Mordo in the Mirror Dimension, and brings the Book to the Mansion.

The heroes then divide into three teams to find all five Nexus Shards. Spider-Man leads his squad to K'un-Lun, but they cannot enter without the Iron Fist, so they travel to Manhattan Noir to find him. They then team up with Iron Fist and the Defenders as they take down Kingpin, now mayor of the Noir district. Iron Fist then leads Spider-Man and Ms. Marvel through the Cave of the Dragon, where they find Steel Serpent controlling Shou-Lao with the Nexus Shard. Iron Fist defeats Steel Serpent and frees Shou-Lao, giving the Nexus Shard to Spider-Man.

Spider-Man and Ms. Marvel head to Alchemax, where they work with Spider-Woman (Gwen Stacy) and Spider-Man 2099. They then discover that Goblin 2099 has merged Carnage and Venom, turning them into Carnom, thanks to the Nexus Shard. The heroes defeat both of them and take the Shard.

The Guardians head toward Hala, where they fight against Ronan the Accuser and the Kree for the Nexus Shard, which Ronan planned to use to overthrow Kang. However, they are stopped by the Supreme Intelligence.

Simultaneously, in Attilan, Black Bolt and the Inhuman Royal Family try sneaking into the palace after Maximus and the Kree have taken it over. After taking out the Sentry guarding the palace, the Royal Family fight Maximus, donning a mecha-suit, in the throne room. Maximus is defeated, and Black Bolt and Medusa prepare to confront Ronan.

Captain America's team heads to Lemuria to find the Nexus Shard but are trapped by Attuma. They are sent to the Sakaar Arena, where the Red King forces them to fight the Worldbreakers, including a mind-controlled Hulk. They manage to break Hulk free and defeat the Red King. The heroes then return to Lemuria, now with Hulk and Stingray's help, and fight against Attuma and Torg. Attuma is defeated, and the heroes have retrieved the Nexus Shard.

They then head toward Egypt, where they are lead into a trap by the pharaoh. The heroes escape the trap with the help of Horus. However, the pharaoh, revealed to be Loki, unleashes the Living Mummy on the heroes with the Nexus Shard. The heroes defeat both of them and gather the last piece of the Nexus.

In Avengers Mansion, Giant-Man and Tony Stark build a machine to bring Knowhere into Chronopolis, which can release an E.M.P. to disable Kang's shield. However, Kang, aware of their plans, sends Ego the Living Planet through instead. The heroes manage to send Ego back and bring in Knowhere.

Cosmo then uses Knowhere to disable Kang's shields while the Nova Corps prepare to attack, but they are destroyed by Damocles Base, Kang's massive starship. Iron Man, Spider-Man, and Star-Lord travel into Damocles Base to bring it down. Kang plummets his starship to kill the heroes, sending in Korvac to keep them busy, but the heroes defeat Korvac and escape.

In an epilogue, Captain America, Iron Man, and Captain Marvel are approached by Ravonna (now called Terminatrix), the Supreme Intelligence, an elderly Kang, Cosmo, and Man-Thing about an incoming threat. 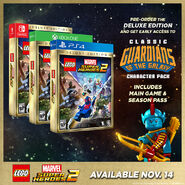 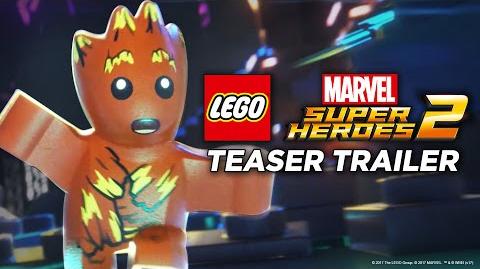 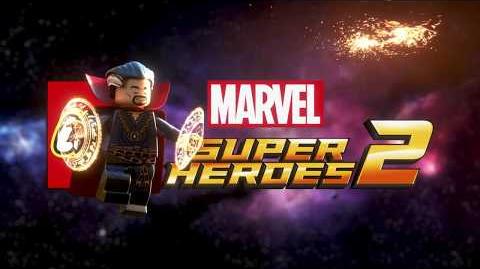 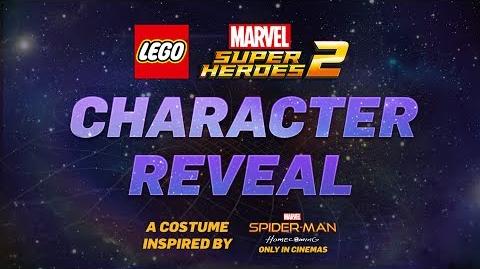 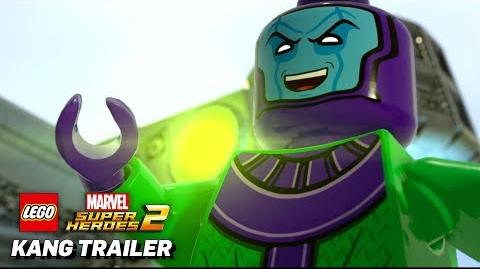 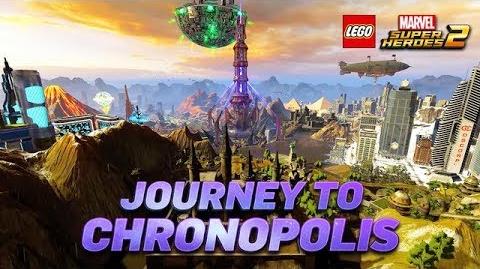 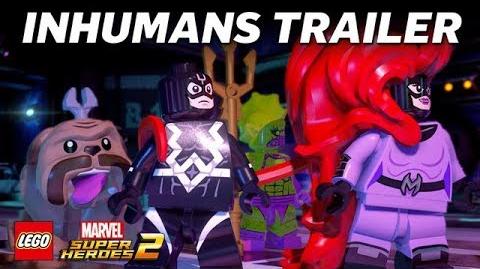 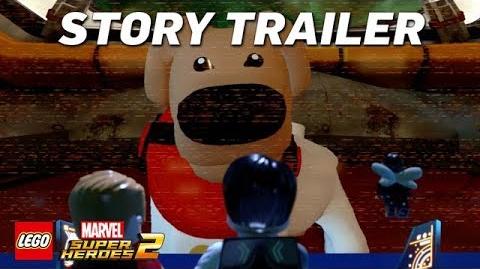 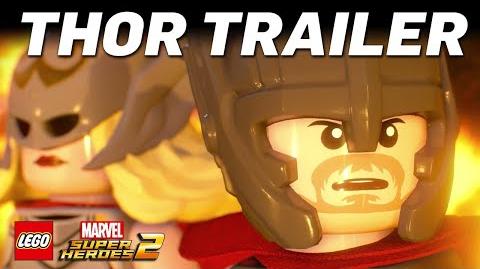 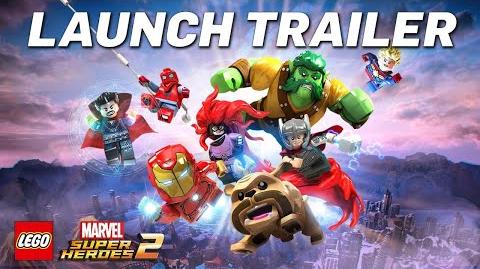 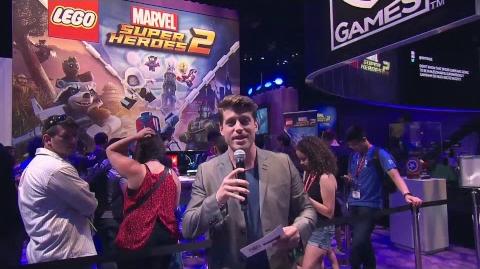 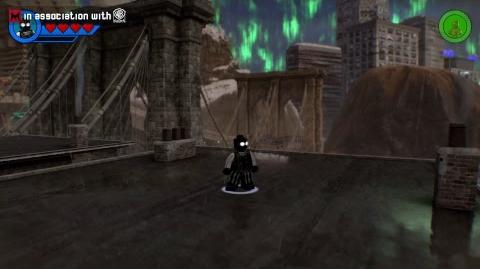 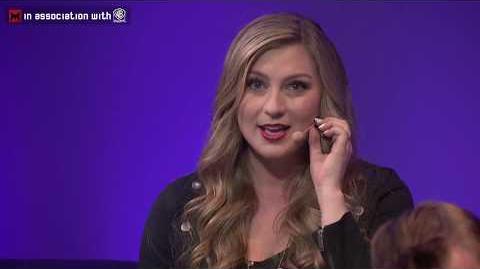 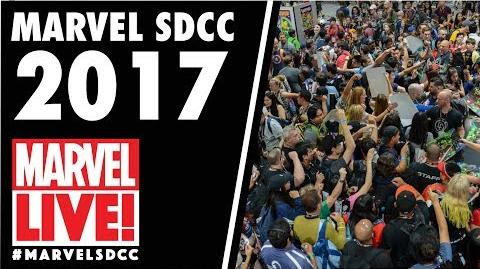