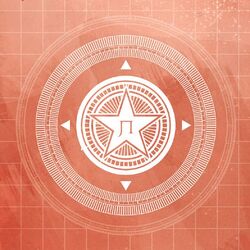 Former KGB officers Vasili Dassaiev and Viktor Uvarov, along with other intelligence agents John Garrett, Thomas Davidson, Shoji Soma, Cornelius van Lunt, Baron Strucker, Dum Dum Dugan, Nick Fury, Jake Fury and Daniel Whitehall, were called by Leonardo Da Vinci alias Aries to form the Great Wheel of Zodiac. Each member was assigned a codename from the Zodiac Calendar. The group consisted of the best covert intelligence agents from around the globe. After only a few key missions for Da Vinci, he would provide them resources that would be of great value to their own separate agendas. Vasili took part in an operation along with John Garrett, Kraken and Shoji Soma infiltrate an ancient Brood vessel in Giza, Egypt and acquire its power source. The mission was a success, and Vasili began conspiring with Viktor. Together, they betrayed the Great Wheel and stole the technology their missions had acquired. The combination of the Brood power source with stasis pods Viktor had acquired allowed for the creation of a superhuman.[2]

The broken Great Wheel led to the creations of S.H.I.E.L.D., Hydra, Zodiac Cartel and Leviathan. Vasili submitted to Viktor's leadership, and together, they used their combined resources to form the Leviathan organization. Vasili underwent the process and became Magadan and Vicktor became Orion. However, their installation was attacked by Hydra. When Baron Strucker severely wounded Viktor, Magadan rushed him into stasis to save his life, but the superhuman process could not be carried out after Hydra had stolen the Brood power source. Magadan attempted to retrieve the power source in order to revive Orion, even going so far as to kill Shoji Soma. However, where Soma hid the power source could not be determined. After this, Magadan and Leviathan went dark for many years.[2]

What is known is that 100,000 of the Eastern Bloc's finest Cold War agents simply disappeared one day. In truth, they had been taken to the facility known as Cold Storage, where the majority were placed in cryonic suspension until they were needed. During the Dark Reign, when S.H.I.E.L.D. had been disbanded in favor of H.A.M.M.E.R., and Hydra was tied up fighting the renegade Nick Fury, Leviathan decided to strike, dealing Hydra a massive blow.[citation needed]

This became a massive three-sided war between Hydra, Leviathan, and Nick Fury and the Howling Commandos PMC, with each side suffering substantial losses. The Howling Commandos have been all but wiped out, while both Hydra and Leviathan had been substantially reduced in size, with relatively few operating agents remaining on either side. Nick Fury contributed to Leviathan's defeat by remotely tapping into the activation systems that brought the Leviathan's soldiers out of hibernation, feeding them so much energy to ensure that only they would have a short lifespan. Only Orion remained.[citation needed]

Retrieved from "https://marvel.fandom.com/wiki/Leviathan_(Earth-616)?oldid=5723889"
Community content is available under CC-BY-SA unless otherwise noted.