Living Tribunal
(Multiverse)
The Living Tribunal was a vastly powerful humanoid cosmic entity who had existed as long as the universe itself. Its function was to safeguard the Multiverse (the total sum of all alternate universes) from an imbalance of mystical forces. It could act to prevent one universe from amassing more power than any of the others, or from upsetting the cosmic balance in some way. The Tribunal could also act to prevent an overwhelming imbalance of good or evil within a universe. When a matter involves only one universe, the Tribunal could leave the final judgment to the Abstract Entities there (in Earth-616's universe, Lord Chaos and Master Order).

After the Beyonders annihilated cosmic entities across the Multiverse, including the Living Tribunal, whose remains landed on the moon in every universe throughout the Multiverse,[1] the Adam Warlock of Earth-19141, who had absorbed his reality into himself and with it part of the essence of the Living Tribunal before his death, struck a deal with the entity known as the Above-All-others to restore the reality which he had previously destroyed in an all-new, all-different way in exchange for becoming the new guardian of the Multiverse.[2] Warlock's time as the Living Tribunal did not last long, as Master Order and Lord Chaos recklessly killed him in order to bring a new status quo to the Multiverse.[3] However, as soon as First Firmament was taken to an unknown place by his successors, the Living Tribunal was brought back to life, resuming his duties to watch over the Multiverse.[4] 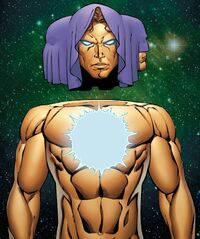 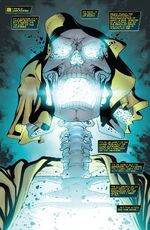