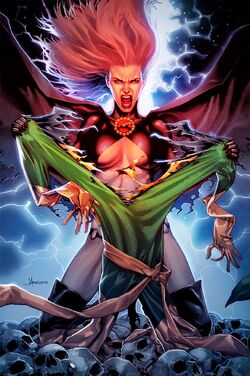 Created in the cloning labs of Mister Sinister from the D.N.A. of Jean Grey to sire a child with Scott Summers after the perceived death of Jean, Madelyne Pryor's entire life was all a lie. After meeting and falling in love with Scott, they married and she gave birth to Nathan Summers, who later grew to become Cable. Always coming second to the memory of Jean, Scott finally left Maddie and the baby after learning that Jean was alive. Learning of her true origins drove Maddie insane and led to her demise. 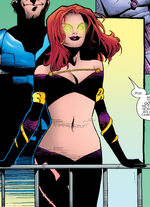 Wolverine-Lord of the Vampires killed The Punisher
(Earth-9250) 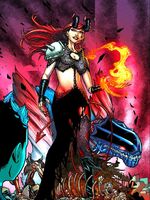 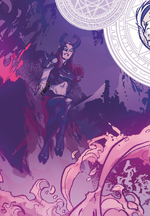 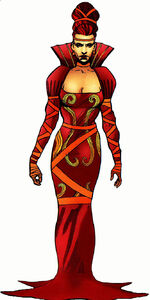