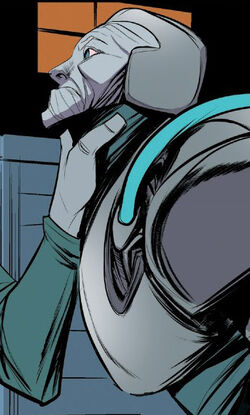 Maggia crime boss Silvio "Silvermane" Manfredi convinced "Battling Jack" Murdock to lose a boxing match in exchange for a payoff; however, Jack instead knocked out his opponent as a consequence of both pride and frustration, costing Silvermane a small fortune. Silvermane's men attacked Jack and his son Matt in revenge, and managed to fatally injure Jack before being stopped by the vigilante known as Stick.[2]

Retrieved from "https://marvel.fandom.com/wiki/Maggia_(Earth-65)?oldid=5633240"
Community content is available under CC-BY-SA unless otherwise noted.