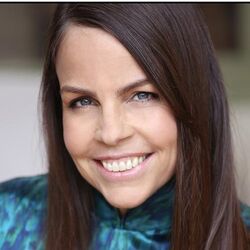 A former game designer and writer, and co-founder of the game developer 7 Studios, Margaret Stohl is now best known for her career as a novelist. Stohl is an American young adult, fantasy, and romance novelist, and comic writer. She is the internationally best-selling co-author, along with her friend Kami Garcia, of the Caster Chronicles book series. It began with Beautiful Creatures which reached International Bestseller status and is on the New York Times Best Seller List, and was adapted into a 2013 film of the same name.

Like this? Let us know!
Retrieved from "https://marvel.fandom.com/wiki/Margaret_Stohl?oldid=6838484"
Community content is available under CC-BY-SA unless otherwise noted.