Marvel Database
Register
Don't have an account?
Sign In
Advertisement
in: Episodes, Marvel's Agents of S.H.I.E.L.D. Season 1, 2013, December,
and 48 more

You will. And what we want is simple. We want you to tell us about the day after you died.

Edison Po quietly eats lunch at the Havenworth Federal Penitentiary as a number of Centipede-infused super-soldiers led by Brian Hayward burst through the ceiling, quickly overpowering the guards and liberating Po. Meanwhile, on the Bus, Skye researches past S.H.I.E.L.D. agents to find who could possibly be her mother, before Coulson calls her to the briefing about the breakout. In order to combat the new super-soldier threat, they'll need to fight fire with fire: recruiting S.H.I.E.L.D. trainee Mike Peterson!

Despite the team's reservations, Peterson arrives to the plane and quickly assures Coulson he understands the privileges of his gifts, unlike last time. With few other leads, the team opts to focus their investigation of one of the soldier's sisters at college, while Coulson orders Mike to remain behind on the plane for further testing. Fitz and Simmons learn that the night-night gun caused Mike's stability, while Coulson and Ward drive to the University of Ohio, with Coulson reminiscing about the cellist he left behind.

May, Skye and Mike identify Raina from prison security tapes as the woman who recruited Mike, while Raina herself asks Po to consult "The Clairvoyant" for their next target, given that S.H.I.E.L.D.'s advances and the missions take a major toll on their soldiers. Meanwhile, Ward approaches the soldier's sister, Laura, on her campus claiming to be a lottery agent looking for her brother. Knowing the claim to be suspicious, the girl phones her brother, giving the team a location in California for Centipede's base.

After suiting up Mike in his vitals-monitoring S.H.I.E.L.D. suit, the field agents infiltrate the California warehouse to find it empty, at least until the soldiers reveal themselves from shipping crates. After a brutal fight between the team and the soldiers, which nearly kills Mike for his exertion, Brian Hayward is left behind, until Raina and Po detonate an ocular implant to prevent him from leaking any of Centipede's secrets. Noting that Mike has his abilities without regular injections, Po shows Raina that Mike could be the key to "stage 3."

While the team wonders why "The Clairvoyant" manages to stay ahead of them with their technology, Raina too asks Po about the figure, though Po insists no one can know anything about him. May grows upset with Ward for seemingly shielding her during the battle, though Ward points out that it was a tactical decision, not one based out of affection. Skye overhears the exchange, before May tersely suggests Skye focus on the mission, rather than continually ask for help in the search for her parents, leading Skye to break down and rip up her research.

Noting that Mike hasn't been to see his son, Coulson suggests that Mike decide what kind of life he wants for himself, rather than worry about what happened the last time he saw his son. Mike then calls the boy, only to find that Raina has arrived at the house, waiting for Mike's call. Raina proposes a trade, which Mike finds he has no choice but to accept, while Fitz and Simmons prep a tracking device.

Coulson and Mike arrive at an abandoned bridge to make the exchange, though Raina quickly reveals that she made a deal with Mike to deliver Coulson in exchange for Mike’s son. Coulson reluctantly accepts Mike’s actions, before Raina drugs him and carries him off. Mike returns his son to the waiting agents, before rushing back make to make things right, until a series of explosions destroy the bridge which apparently kills Mike. A helicopter flies away, wounding Ward in the process, as Raina explains to Coulson that they want to know what happened the day after he died. 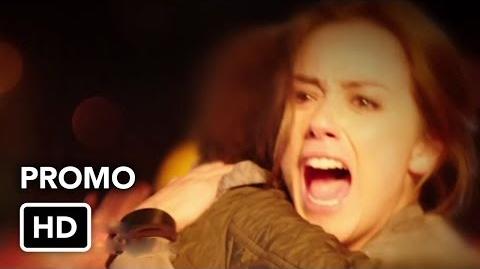