Marvel Database
Register
Don't have an account?
Sign In
Advertisement
in: Episodes, Marvel's Agents of S.H.I.E.L.D. Season 1, 2013, October,
and 49 more

I have the authority to downgrade your ass to a Winnebago!

Aboard the “Bus” Coulson receives instructions to proceed "to the Slingshot" moments before an explosion rips a hole in the Globemaster's hull. A man is sucked out of the plane in flight, and Coulson clings to the interior. Nineteen hours earlier, Skye empties her van at an airfield outside the Globemaster as agents prep the plane for takeoff. Agent Ward insists that the hacker is "not qualified to be a S.H.I.E.L.D. agent." Coulson counters that Skye will serve as a consultant specifically because she doesn't think like an agent, despite Agent May's argument that the girl is not cleared for combat. Simmons and Fitz awkwardly greet Skye and give her a short tour of the plane before Ward delivers an emergency procedures pamphlet. Coulson then explains that the team is headed to Peru to investigate a reported "oh-eight-four," which he describes as an "object of unknown origin." May pilots the Globemaster to an unpaved airfield in Peru. The team heads to an Incan archaeological site in Llactapata, where Ward and May increase the security of the area while Simmons and Fitz discover a massive Incan temple. Skye offers to warn nearby residents, but Coulson instructs her not to publicize the discovery in order to keep the investigation "quiet and contained."

Coulson then meets with an archaeologist, who leads the agent into the 500-year-old temple to show him an "impossible" object that was discovered among pre-Incan artefacts. Fitz deploys his battalion of quadcopter modules, and Coulson orders the archaeologist to evacuate his team; Simmons determines that the artefact is more than 1500 years old, though Fitz suggests that the craftsmanship appears German. Outside, Ward joins May in patrolling the temple, and the two quickly spot and disarm a group of soldiers before a platoon surrounds them. Outside the temple, the soldiers' commander approaches Ward. Inside, Coulson receives a radio call from Ward, and instructs Simmons, Fitz, and Skye to continue scanning the artefact as he heads outside. Coulson identifies himself to the soldiers before he and their commander recognize each other; Coulson orders Ward and May to stand down, and Reyes calls off her platoon before kissing Coulson on the cheek. He introduces Reyes to Ward and May, and reminds Reyes that "an oh-eight-four supersedes all national claims."

In the temple, Fitz determines that the artefact is "alive" with a "functioning power source" and shifting "temporal matches," while Simmons discovers radionuclide’s that "don't match any known isotope." Ward arrives to inform them that the National Police are outside, and urges them to complete their jobs. Outside, Coulson and Reyes discuss the possibility of turning the artefact over to the Peruvian government moments before the camp is attacked by Shining Path rebels. In the temple, Simmons and Fitz quickly pack up their equipment as Ward pries the artefacts out of the wall and stows it in a duffel bag before the team evacuates. Outside, Coulson and Reyes navigate through a fire fight toward Reyes' truck as rebels pin down Ward, Skye, Simmons and Fitz at the temple entrance. Ward detonates a specialized grenade that emits a massive energy shockwave, blasting most of the rebels off their feet. Coulson and Reyes then make for Reyes truck as May arrives in the MDX to extricate Ward, Skye, Simmons and Fitz. The two vehicles are pursued by rebels, but manage to board the Globemaster and escape.

Aboard the Globemaster, Fitz explains that "the oh-eight-four is fuelled by Tesseract technology," making it "much, much worse" than a nuclear weapon. Aboard the Globemaster, Coulson reports the successful acquisition of the artefacts and receives clearance to restricted airspace before apologizing to May for putting her back into a combat situation. In a lab, Fitz, Ward, and Simmons argue over the handling of the artefact. Coulson assures Reyes that she and her team will be returned home once the device is delivered to an S.H.I.E.L.D. containment facility, then orders Ward, Simmons and Fitz to resolve their differences. That night, Coulson gives Reyes a tour of the Globemaster while Simmons and Fitz examine the artefact in the lab, discovering that it contains an incomprehensibly powerful laser. In the lounge, Ward reads Matterhorn before being approached by Skye, and the two shares a drink while discussing their inability to understand each other .In the upper quarters, Coulson shows Reyes a collection of vintage devices, and the two reminisce about their time working together in Cusco before Coulson comments on Reyes' uncharacteristic directness. In the lounge, Ward notices the suspicious behaviour of two of Reyes' soldiers, and takes a liquor bottle from Skye. In the lab, Simmons and Fitz are unaware as a soldier approaches. In the upper quarters, Reyes attempts to seduce Coulson, who quickly surmises that Reyes intends to eliminate May, that Ward knows as much, and that Ward also knows that he has twenty seconds to protect May. In the lounge, a soldier attacks Ward, who shatters the liquor bottle across the man's hand to subdue him. Outside the cockpit, a soldier attaches a device to the door that drills a hole through the metal. Inside the cockpit, May pilots the Globemaster through restricted airspace. In the lounge, Ward grapples with two more soldiers. Outside the cockpit, the soldier injects gas through the hole in the door, knocking May unconscious. In the upper quarters, Reyes attacks Coulson, who quickly disarms her. In the lounge, Ward subdues the soldiers as Coulson hurries downstairs, where he and Ward find a video monitor showing a soldier holding a scalpel to Fitz's throat in the lab. The next morning, one of Reyes' soldiers pilots the Globemaster.

In the lounge, Reyes interrogates Coulson, who refuses to reveal the plane's change-of-routes until Reyes threatens to open the cargo hold and eject Coulson's team from the plane In the cargo hold, Skye, Simmons, Fitz and Ward each assumes blame for the team's capture, and Ward reveals that Agent May is the mythical "Cavalry" before May regains consciousness. In the lounge, Reyes reveals that the Peruvian government commissioned the creation of the artefact weapon "decades ago," hiring German engineers to design the weapon after the fall of Hydra. As Reyes exposit, Coulson loosens his bindings, even as he suggests that he and Reyes should work together because the Battle of New York has changed the world. In the cargo hold, the team bickers about their escape plan until May dislocates her own wrist in order to escape her bindings and promptly disable the soldier guarding the team. In the lounge, Reyes suggests that Coulson is suffering a mid-life crisis, but Coulson counters that Reyes has given his team "a common enemy" to inspire their unity.

In the cargo hold, May crashes the MDX through the door into the lab. In the lounge, Reyes orders her soldiers to stand down. In the lab, Simmons removes a ventilation grate, allowing Fitz to pilot a quadcopter module into the shaft, while Ward and Skye retrieve ropes and carabineers which they use to tether the five members of the team together. In the lounge, ground control radios Coulson for "confirmation on a change in course" and instructs the Globemaster to proceed "to the Slingshot." Moments later, Coulson spots the quadcopter as he uses his undone bindings to tether himself to a beam, and then confirms the plane's course with ground control. From the lab, Fitz uses the quadcopter to activate the artefact, using the device's laser to blow a hole in the side of the Globemaster. A soldier is sucked out of the plane, and Coulson clings to the interior. The drop in pressure deactivates the door locks throughout the plane, allowing Skye, Ward, Simmons and Fitz to escape from the lab In the lounge, Reyes struggles to stay inside the plane. Ward soon reaches the room and grapples with two soldiers, while Simmons, Fitz and Skye attempt to retrieve the artefact. On the flight deck, May enters the cockpit, fighting the soldier piloting the plane and sending the Globemaster into a sudden, steep descent. In the lounge, Coulson saves Reyes from being sucked out of the plane as Ward fights the soldiers and Simmons retrieves the artefact. Skye then releases her tether as Coulson helps Reyes to safety before tying her to a beam

In the cockpit, May subdues the soldier and regains control of the plane before disabling a second soldier and levelling out the Globemaster. In the lounge, Ward grapples with a soldier as Simmons and Fitz are nearly captured by the second soldier. Simmons and Fitz releasing their tethers, causing one soldier to knock the second out of the plane, and Skye deploys an emergency inflatable raft that blocks the hole and prevents Ward from being sucked out of the plane as well. Coulson then knocks the second soldier unconscious as the man attempts to retrieve his sidearm. May pilots the Globemaster to the Slingshot, and Coulson reminds Reyes that he warned her that his team was good. At the Slingshot facility's classified location in the desert, Coulson examines his undamaged Corvette before explaining to Skye that the artefact is too dangerous for any organization or nation to possess. May and Ward discuss Skye's potential as an asset, and Ward agrees to train the hacker as a field operative. When Coulson demands to know who suggested blowing a hole in the plane, the entire team takes responsibility, and Coulson congratulates their teamwork. The six agents then watch as a rocket launches the artifices toward the Sun, and Skye receives a text message from "secure login user X3JGD803" reading "Rising Tide in a holding pattern. Planning to go dark. What is your status?" Skye hesitates before responding: "I'm in."

With repairs to the Globemaster underway, director Nick Fury reprimands Coulson for the destruction inflicted upon the plane, while reminding Coulson that "the new girl" is "a risk." 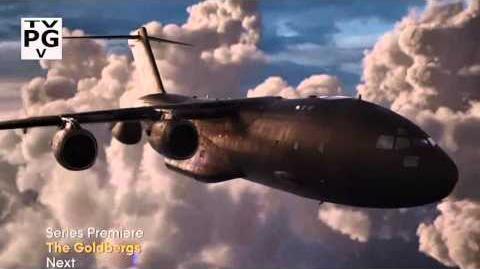