Marvel Database
Register
Don't have an account?
Sign In
Advertisement
in: Episodes, Marvel's Avengers Assemble Season 1, 2013, May,
and 54 more
English

In the Stark Tower, Tony Stark is monitoring the former Avengers from afar as he explains to his computerized J.A.R.V.I.S. that the team had its reasons for disbanding. Through Stark's computers we are introduced to Thor, Hulk, Hawkeye, and Captain America. The latter who was about to face the Red Skull, whom Stark believe was dead. Iron Man flies to the rescue and ends up battling Hydra agents and Dreadnoughts. But arrives seconds too late, As Red Skull vanishes, and seemingly, killed Captain America. Iron Man also learns that M.O.D.O.K. is providing Red Skull the tech needed to stand against his nemesis.

Finding no other way possible to avenge Captain America's death, Iron Man activates "The Avengers Protocol" calling the team through a hologram device to a meeting. The heroes selected by Stark are Thor, Hawkeye, Hulk, Black Widow, and a S.H.I.E.L.D. trainee named Sam Wilson. Sam is in the middle of training with Nick Fury when the call comes and abandons his training session.

Everyone showed up except the last two, and have learned Captain America's demise and agreed to avenge their comrade. As The Avengers fly to the Hydra Base, in Antarctica, Sam Wilson visits the Stark Tower to pick up his suit. J.A.R.V.I.S. suggested the War Machine Armor, but Sam proposed the Red-Wing suit or Falcon suit.

Soon enough, the team assembles at Red Skull's base and learn that Captain America is still alive and was only unreported by M.O.D.O.K. to undergo a body change with his mortal nemesis the Skull. What ensues is a massive battle that ends up rescuing Captain America. After his defeat the Skull realizes where the true power resides in the Avengers team and orders M.O.D.O.K. attack and strips Tony of his Arc Reactor and Armor. Now clad in his armor he calls himself the "Iron-Skull". As Tony lies there dying Tony asks Captain America for help. 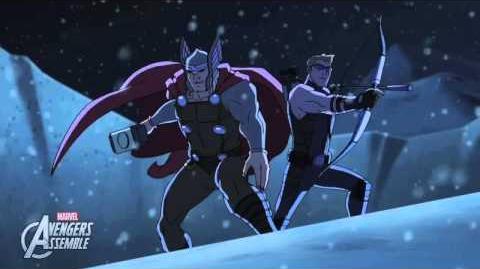