Marvel's Guardians of the Galaxy
This page contains a list of all episodes in the television series. If you have found an episode that is not seen on this page, please add it to this list, as well as the appropriate Season's list (if applicable).

The newly-formed Guardians of the Galaxy find a strange artifact keyed to Peter Quill's DNA. Inside is a map leading to the Cosmic Seed, a powerful weapon capable of creating a new universe. It's up to the Guardians to find and destroy the Cosmic Seed before it can wind up in the hands of Thanos, the Collector, the Grandmaster, the resurrected Ronan, the trickster Loki, and anyone else who would abuse its power to threaten the universe.[1] While tracking down the Cosmic Seed, the Guardians come closer into finding the truth about Peter Quill's father and heritage and uncovering a hidden conspiracy.

A third season has been announced at the D23 Expo. In this season, the Guardians of the Galaxy go on the run when they are framed by Collector. 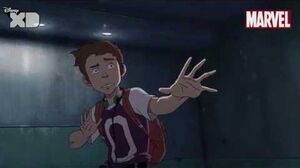 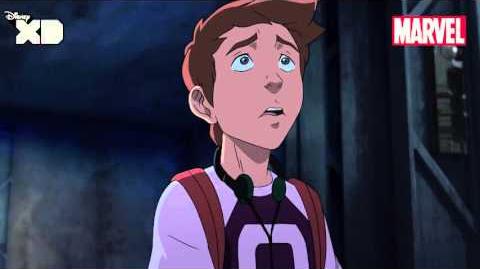 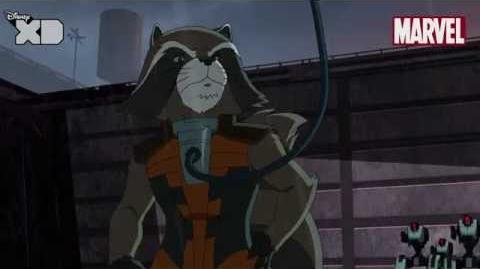 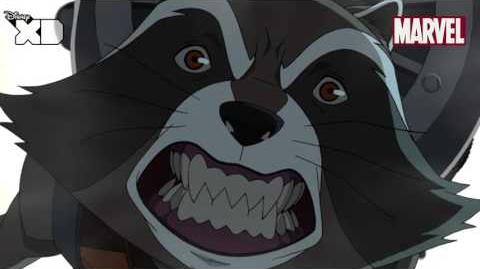 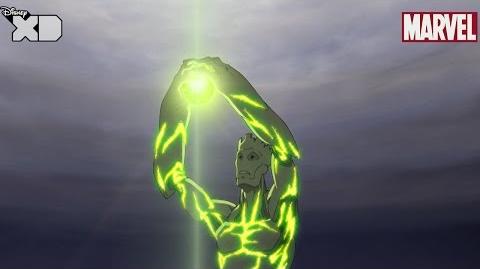 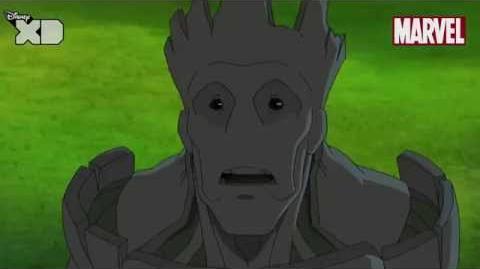 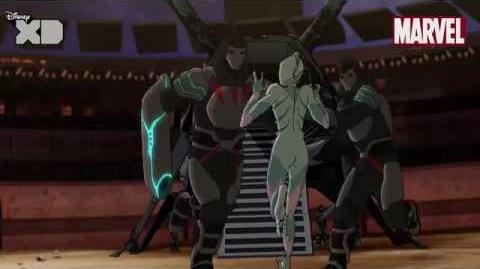 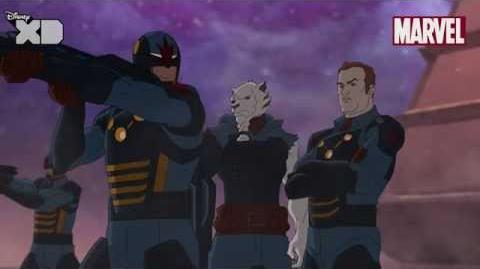 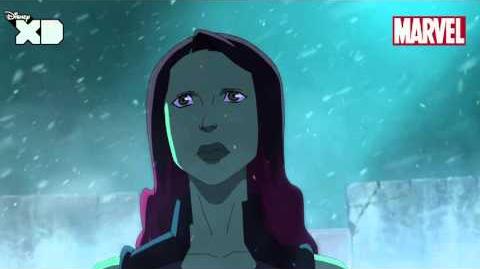 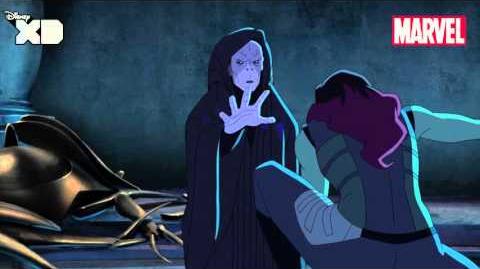 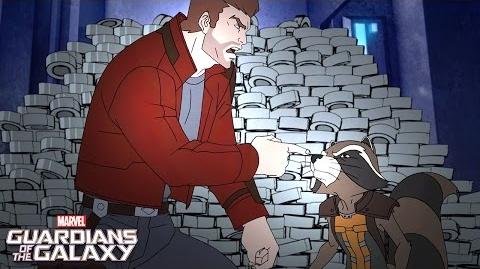 Pick up the Pieces Marvel Guardians of the Galaxy Disney XD 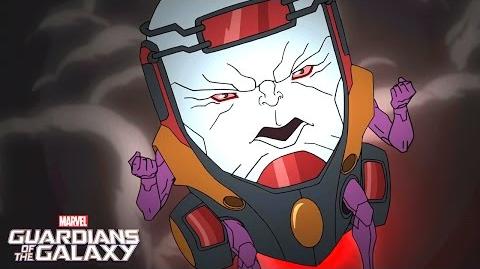 Star-Lord vs. Modok! Marvel Guardians of the Galaxy Disney XD 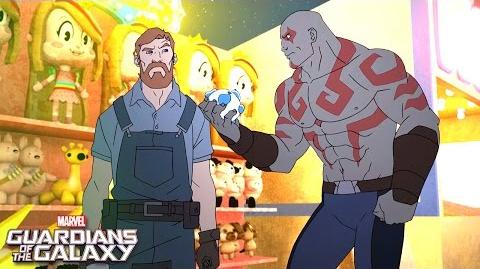 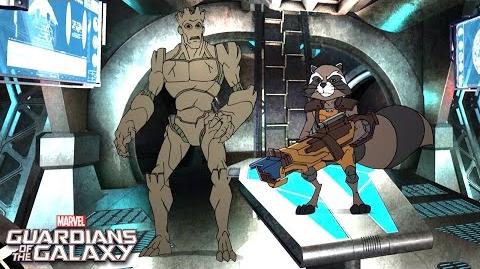 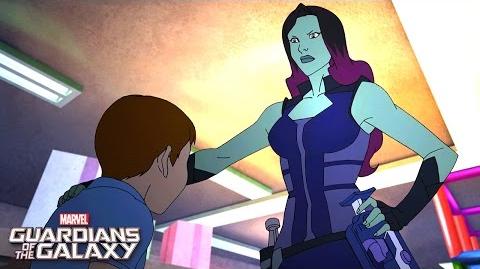 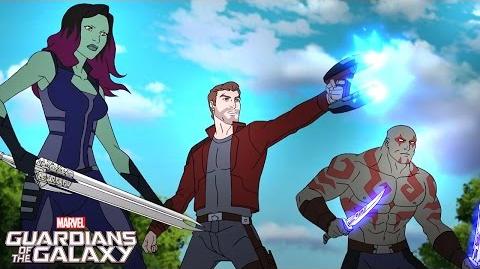 Retrieved from "https://marvel.fandom.com/wiki/Marvel%27s_Guardians_of_the_Galaxy?oldid=5797154"
Community content is available under CC-BY-SA unless otherwise noted.