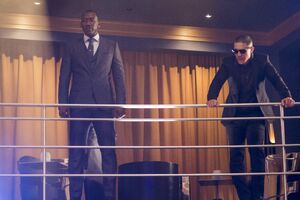 You can't control what people say. Just be the best man that you can be. And always make sure they spell your name right.

Appearing in "Just to Get a Rep"

Synopsis for "Just to Get a Rep"

Like this? Let us know!
Retrieved from "https://marvel.fandom.com/wiki/Marvel%27s_Luke_Cage_Season_1_5?oldid=6498611"
Community content is available under CC-BY-SA unless otherwise noted.