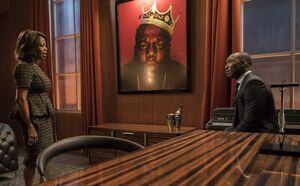 I think that when you get the nerve, you're going to be surprised at just what you're capable of.

Like this? Let us know!
Retrieved from "https://marvel.fandom.com/wiki/Marvel%27s_Luke_Cage_Season_1_7?oldid=6498613"
Community content is available under CC-BY-SA unless otherwise noted.