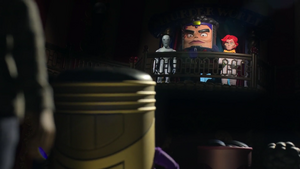 Appearing in "O, Were Blood Thicker Than Robot Juice!"

Synopsis for "O, Were Blood Thicker Than Robot Juice!"

The time travelling Young M.O.D.O.K. finally exacts his revenge by kidnapping the family and pitting them against each other in a twisted family therapy / battle to the death.

Like this? Let us know!
Retrieved from "https://marvel.fandom.com/wiki/Marvel%27s_M.O.D.O.K._Season_1_8?oldid=6987612"
Community content is available under CC-BY-SA unless otherwise noted.