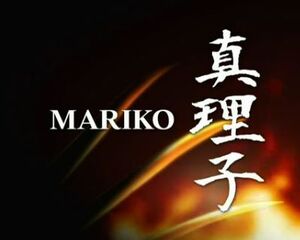 Alright. Play time is over, bub.

The episode opens in New York City, where Logan and his girlfriend Mariko Yashida are on board a yacht, enjoying some time together. Out of the blue, they are attacked by three A.I.M. soldiers. Logan fights back, but the outcome of the fight is not shown.

One year later, Logan saves an old ally of his, Tesshin Asano, who was being attacked by members of AIM equipped with armored cloaking devices and a weapon that can emit a sound loud enough to shatter metal and cripple humans. Asano has come to New York to tell Logan where Mariko, who was abducted and has since gone missing, is. She is about to be forced into an arranged marriage with a man named Hideki Kurohagi by her father, Shingen Yashida. Shingen leads the crime organization Kuzuryu, which is working closely together with A.I.M.  Hideki is the current owner of Madripoor, having inherited it from his late father. The marriage means Shingen and his organization will get to use the island as a base of operations, while Hideki can secure strong, financial support. Tesshin, who works for the Public Intelligence Security Agency, wants to bring down the Kuzuryu, and hopes Logan  can help.

Logan thus flies to Tokyo with Tesshin, and joins Tesshin’s team as they stake out the Yashida household. Against orders, Logan infiltrates the house, but is detected by Shingen. After his henchmen are defeated, Shingen challenges Logan to a bokken fight. Logan barely manages to withstand Shingen's swordsman skills, despite his healing factor giving him an advantage. In the heat of the fight, Logan is shot with a drugged dart by Hideki, and injected by a paralyzing drug. Logan’s healing factor resists the drug, and Logan goes into a rage, bringing out his claws.

Retrieved from "https://marvel.fandom.com/wiki/Marvel_Anime_Season_2_1?oldid=6151782"
Community content is available under CC-BY-SA unless otherwise noted.