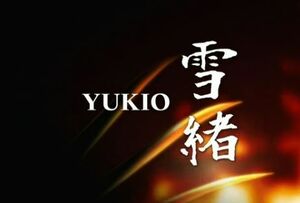 After Hideki shoots a drug in Logan to slow his healing factor, he loses the fight and Shingen's henchmen take his body to a railroad track. Of course Shingen is displeased with Hideki's interference. Asano follows the men to save Logan only to see he was gone while Agent Takagi, Agent Machida, and Agent Tsukino continue their surveillance over the Yashida household. Logan awakes in an apartment treated by an assassin named Yukio. Logan goes to Asano's office to give him evidence, but finds him stabbed in the heart with a thin blade. The police arrive on the scene to see Logan and Yukio standing near the body of Asano. The duo escape and slaughter Yakuza trying to ambush them. Outside, a mutant swordsman name Kikyo Mikage who is one of Shingen's deadliest assassins appears on the roof ready to fight him.

Retrieved from "https://marvel.fandom.com/wiki/Marvel_Anime_Season_2_2?oldid=4385000"
Community content is available under CC-BY-SA unless otherwise noted.