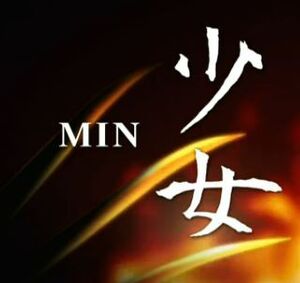 I was pretty busy when you called. You know, saving a world that hates and fears me. But hey, I can drop all that to come pick you up.

Cyclops arrives in the modified SR-71 and picks up Logan and Yukio, sarcastically commenting on Logan’s selfish summonings as if Cyclops were a taxi driver. Their bickering makes Yukio wonder about them, but Logan claims they are best friends, something Cyclops finds surprising. He agrees to fly them to Madripoor and makes mention that he noted a plane flying in that direction. Further, he has heard there is supposed to be a major wedding there, something that angers Logan. Dropping them off on the east side of the island nation near the Lowtown slums, Cyclops promises to return if they survive. After he leaves, some local thugs snare Logan and Yukio in nets. They easily cut themselves free and begin slaughtering the thugs. Logan tells Yukio to handle this since he doesn’t have time to deal with them and takes off.

Logan swims to a dock where he’s beset upon by thug locals. After slaughtering the first batch, a new batch arrives with two on a motorcycle who snag Logan by the leg with a chain and drag him through parts of Lowtown. After stringing him up on a poll,, the two thugs flee when Logan shows his claws and cuts himself free. Taking their bike, Logan travels deeper into town and he is spotted by an older man who sends a young girl named Min out to meet him. Logan is not amused by more thugs being on his case but he’s also not impressed with the assistance Min gives him. Min talks of how Hideki rules and how there are some opposed to him. She shows Logan the part of Hightown where Hideki lives in the very modern and tall Dragon Palace. Meanwhile, Hideki has been notified of Logan’s presence and dispatches a giant named Vadhaka to deal with him.

Retrieved from "https://marvel.fandom.com/wiki/Marvel_Anime_Season_2_6?oldid=6435544"
Community content is available under CC-BY-SA unless otherwise noted.