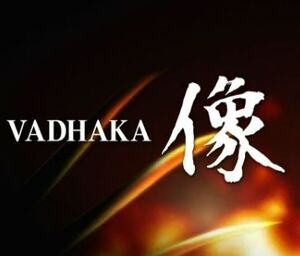 Vadhaka attacks Min and Logan. As they flee from the giant, Min quickly tells Logan more about Vadhaka. Vadhaka eventually catches up with them again and fights Logan. Min is attacked by two thugs, but saved by Yukio. Along with Logan, Yukio attempts to trap Vadhaka in concrete, but the giant breaks free. Min is eventually able to repel Vadhaka by breaking a pipe and blowing hot steam in the giant’s eyes, blinding him.

Victory is short lived as more thugs attack them. Yukio is trapped under some rubble, while Min leads Logan into a tunnel. Here they meet up with a gang that Min belongs to, led by an old man named Koh. As Koh introduces himself to Logan, Vadhaka undergoes repairs by A.I.M., Kikyo arrives on Madripoor to look for Logan, and Yukio frees herself from the rubble, but is promptly taken captive by Shingen’s men.

Koh claims that he and his gang want to topple Hideki Kurohagi  as the ruler of Madripoor. They plan to use the upcoming wedding for their attack on the Dragon Palace. Koh shows Logan how many weapons and men he has. When prompted, Koh admitst that Shingen is also on his list of targets; years ago, his son Kai and Shingen’s top assassin Miyuki fell in love after Shingen had allied himself with Koh’s rival Juō Kurohagi and ordered Miyuki to kill Koh. Instead, Miyuki fell in love with Koh's son Kai. Enraged by this betrayal, Shingen killed both Kai and Miyuki, while Juo seized control over Madripoor and crippled Koh’s leg. Koh has been seeking to reclaim Madripoor since.

Then a message comes in from Hideki. He has taken Yukio captive and threatens to kill her if Logan comes for Mariko. Koh reveals Yukio is his granddaughter.

Retrieved from "https://marvel.fandom.com/wiki/Marvel_Anime_Season_2_7?oldid=6435545"
Community content is available under CC-BY-SA unless otherwise noted.