This page provides an overview for the standard format of a gallery page. Gallery pages are subpages of an article dedicated to sorting out images of the page's subject. A link to a page's gallery can be found under the main image of its infobox. For the guidelines when it comes to the images themselves, please see our Image Policy.

A gallery isn't meant to display every single image of an article's subject. All images added to a gallery must show its subject adequately. For example, in the gallery of a given character, avoid adding images where the character is part of a group unless they are the focus of the image or share a substantial part of the spotlight. Readers must be able to percieve the subject of the gallery in every image at a quick glance without having to inspect them. When it comes to images like covers and posters, their textless versions should be favored.

Three levels of segmentation are used in galleries:

A gallery will be first and foremost segmented by the type of media an image comes from:

Some galleries will belong to characters and things that have appeared in different media. The hierarchy between each section is determined in a case-by-case basis depending on the pertinence of each medium to the gallery's subject.

Each media section can be broken down into sub-sections to group together variations of the gallery's subject. For characters, these variations can correspond to different costumes and identities. A sub-segment can be used to sort out images of an article's subject accompanied by a specific character as well. For teams and organizations, they can correspond to different line-ups and incarnations. For items, locations and races, they can be alternate reality versions. Galleries for elements with no discernible variations are expected to omit this segmentation.

Variation sub-sections (or media sub-sections if the gallery omits variation segmentation) should then be broken down into sub-sections based on the specific format of the image within the type of medium it comes from:

Images under sub-sections like "Interior Art" and "Screenshots" should be organized based on an in-universe chronological order. For example, if an image from a comic book released in 2019 takes place in the time frame of issues released in 1984, it should be sorted with images from that time frame. This principle also applies to images of a piece of media that jumps between points in time in its narrative. Several images of that piece of media should be sorted in chronological order.

Images like comic covers which are more figurative are sorted based on their release date without any in-universe chronological order involved. For covers that belong to the same issue, the textless (or regular version if textless is not available) of the main cover takes priority, and the variants should be sorted in alphabetical order. Within galleries, virgin variants are treated as textless versions of the main cover since they are virtually identical. The same applies to a virgin variants of a variant cover. Those are treated as textless versions of the variant cover.

Captions should always be used to establish the source of an image. In order to automatically format the link to a piece of media, make sure to use the linking templates: cl for comics, ml for movies, el for shows and vl for video games. Here are four examples that come from each: 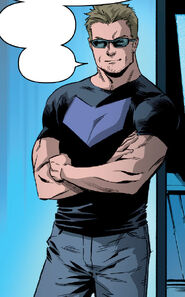 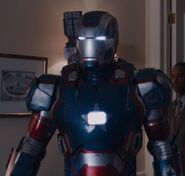 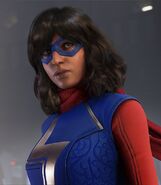 Captions for images from covers and posters are formated only presenting the title of the piece of media. It's not necessary to distinguish textless versions of a cover as such, and virgin variants are regarded as textless versions.

If two or more images within the same division share a source, only the caption for the first image should link to the article of the source. The title of the source should still be manually formatted in the non-linked captions to account for the title format: 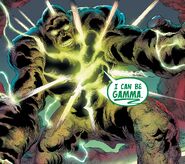 Being experimented on by Weapon X
From Weapons of Mutant Destruction: Alpha #1

Powered by Yggdrasil
from Doctor Strange #384