I'm a hero not a politician! I don't argue jurisdiction when lives are in danger! Captain America

Appearing in "A Savage Sting Has - The Scorpion!"

Synopsis for "A Savage Sting Has - The Scorpion!"

Mac Gargan, once known as the Scorpion, is ensconced at the Brainbin Psychiatric Center because he seems to have undergone a complete mental collapse. Over and over he vows vengeance against J. Jonah Jameson for turning him into a monster. Doctors Noseblum and Kloon wonder how they might cure him, for he has been this way for several months and was sent to their clinic by the authorities as a last resort. They review how the Scorpion was given his abilities in a process funded by the Daily Bugle's publisher. Subsequently he battled Spider-Man several times, and after his last defeat, his costume was taken from him. Gargan believed his costume was an unremovable "second skin" and went into psychic shock when it was peeled off, says Dr. Kloon. This gives Noseblum the idea that Gargan might be cured if his costume were returned to him. Soon an attendant fetches the costume. Noseblum says that his staff has assured him that the costume is totally harmless, so they let Gargan put it on. As soon as he does, his demeanor changes drastically. He stops babbling nonsense and becomes a cold, calculating criminal once again. The psychiatrists are delighted that the "patient" is "responding" so well, and they try to decide whether they should follow up with dance therapy or primal scream. Needless to say, the Scorpion shatters a wall with his tail and escapes, and neither psychiatrist has any idea how to stop him. The Scorpion gloats that his tail was designed to respond only to his own nerve impulses and that he just pretended to be insane until someone handed him his ticket out of the hospital.

He dashes out of the building, overturns a Buick, and starts planning to get even with Jameson and Spider-Man, heading for the deserted secret laboratory of the late Farley Stillwell, the scientist who changed him into the Scorpion. Fuming at how Jameson paid him a mere $10,000 to become the super-powered criminal, he smashes through the lab's doors and starts gathering equipment. He will destroy Jameson's beloved newspaper, he declares—but first, he will use Stillwell's devices to augment his powers and strength. Then no one, he says, not even Spider-Man, will be able to stop him. On the Empire State University campus, Peter Parker rushes out of his classroom at the end of the day, having heard of the Scorpion's escape on the radio. He would have gone earlier, but he had to proctor a biology examination and could not leave. So intent is he on picking up the trail before it grows cold that he completely ignores Debra Whitman when she tries to get his attention. After a quick costume change on a nearby roof, Spider-Man makes sure there is fresh film in his camera and full web-fluid cartridges in his web-shooters. Then he sets out across the city, using his spider-sense to try to discover the Scorpion's whereabouts. But after crisscrossing Manhattan for several hours, he fails to find the criminal. Disappointed and tired, he heads for his Chelsea apartment and goes to bed, for he has to teach an early-morning biochemistry class the next day.

Meanwhile, twelve miles away in a section of the dilapidated South Bronx, the Scorpion addresses a group of criminals gathered in an abandoned restaurant. He is forming the biggest protection racket this city has ever seen, he explains, and he needs their assistance. Spider-Man has beaten him time after time, say the hoodlums. Why should they throw in with him? He replies by demonstrating his new weapon, an electromagnetic blaster he implanted in his tail a few hours before. As the gangsters dive for cover, he assures them that not even Spider-Man can survive his new stinger. Most impressed, the criminals quickly swear allegiance, and he announces that their first target will be the Daily Bugle. In the days that follow, the Scorpion and his gang terrorize and harass the retailers that carry the Bugle, destroy the warehouses of the paper's wholesalers, and sabotage the vehicles of the paper's independent distributors. Businessmen throughout the city, fearing reprisals, give in to the Scorpion's extortions. In his office, Jameson complains bitterly to Joe Robertson about the 30% drop in circulation. Robertson advises him to remain calm. The police will stop the Scorpion eventually, he says.

But Jameson replies that the paper's cash reserves are too low to survive a long siege—partly because he gave out overly generous $5 bonuses to the staff last Christmas. As Jameson curses his fate, two of the Scorpion's thugs, "Danny Boy" and "Mann," approach a cigar store that is the only outlet within fifteen blocks still carrying the Bugle. As Danny prepares to hurl a cinder block through the window, Spider-Man snatches it from his hand and slams him in the stomach with it. Manno attacks Spider-Man with a crowbar, but Spider-Man knocks him out with a double kick to the back of the head. A mere thirty seconds later, the two hoodlums are hanging from a lamppost awaiting the police. Spider-Man heads for the Bugle to sell Jameson the pictures before resuming his search for the Scorpion. He muses that not even Jameson—overbearing, ill-mannered skinflint that he is—deserves the kind of punishment the Scorpion is meting out.

Soon he climbs the Bugle building, enters a deserted stock-room through an open window, webs the door shut to keep out intruders, and changes into his street clothes. Then, as he is about to enter the editorial offices, he meets Steve Rogers, who introduces himself as a commercial artist. Rogers compliments Peter on his camera work and heads for his appointment with Joe Robertson, while Peter steps into Jameson's room. Unknown to anyone at the Bugle, the Scorpion arrives outside in his van. He tells the driver to keep the engine running, because he will not be long. At the same time, Jameson throws Peter out of his office for having the "unmitigated gall" to try to sell him photographs of Spider-Man when the survival of the paper itself is at stake. Why, asks Jameson, hasn't Spider-Man captured the Scorpion already? Peter meets Rogers on the way out, and the blond-haired man says that Robertson liked his work but could not offer steady employment. As Jameson starts to chew them out for griping too much, Peter's spider-sense tingles sharply, and the Scorpion bursts into the room. The Bugle's staff all flee as the criminal announces that he has come "to settle accounts forever."

Peter heads for the stockroom to change into his Spider-Man costume, and Rogers finds a convenient place to put on his Captain America uniform. Of all Jameson's employees, only Joe Robertson stays behind to help his boss, but the Scorpion brushes him aside with ease. Then the Scorpion advances menacingly toward Jameson, who tries to buy him off, but before the thug can touch him, Captain America gets between them and slams the Scorpion in the stomach with his feet. Using his shield, Cap keeps the Scorpion at bay until Spider-Man arrives, but just as Spider-Man leaps down from the ceiling, the Scorpion smashes Cap into a bookshelf and stuns him. The Scorpion throws a desk at Spider-Man, but Spider-Man kicks him away. Then the criminal aims his tail-blaster, which Spider-Man does not know about, at him. Ignoring his spider-sense, Spider-Man fails to get out of the way, and the Scorpion's blast knocks him unconscious. Cap, fortunately, leaps away unharmed. Then the Scorpion blasts Spider-Man through a window, and he plummets toward the street far below. Cap smashes out of another window and follows Spider-Man, catching him about halfway down.

Striking a projecting flagpole at just the right angle, Cap breaks their fall and springs onto an awning that overhangs a clothing display, and both heroes come to rest in a pile of garments, unconscious but alive. Thinking that both opponents have perished, the Scorpion slings Jameson over his shoulder and carries him out of the devastated office just as Robertson revives. Spider-Man and Captain America carefully pick themselves up as a crowd gathers. The storekeeper whose clothing they landed in shouts that he will sue them for the ruined merchandise, but Cap says that the Avengers will reimburse him. Then they see Joe Robertson leaning from the window above, and they learn that the Scorpion kidnaped Jameson. After Cap's sprained arm is taped, the heroes start to track the criminal, following directions from bystanders who witnessed the abduction. Spider-Man web-swings overhead and Captain America follows in a taxi.

Spider-Man soon finds the Scorpion's hideout in the South Bronx. Inside, Jameson is bound and gagged and providing great sport for the abusive Scorpion and his gang. Suddenly, as the criminals are shoving the publisher around the room, the spider signal illuminates the walls, and Spider-Man web-swings into the felons. At the same time, the doors burst open and Captain America, riding a serving cart, brings down a thug with his shield. Carrying Jameson over his shoulder, the Scorpion heads upstairs, leaving his henchmen to battle the duo. Spider-Man knocks out a couple, but he leaves the rest to Cap as he goes upstairs after the Scorpion. It is not long before all the gangsters are out of commission. Meanwhile, Spider-Man confronts the Scorpion in an upstairs room. The Scorpion hurls Jameson at Spider-Man, and when Spider-Man catches the publisher, the Scorpion starts blasting him with his tail. Even encumbered with Jameson, the crime-fighter dodges the blasts until Captain America enters and throws his shield at the Scorpion. His aim is perfect, and the shield neatly severs the Scorpion's tail. Then the tail's electrical apparatus begins to spark and explodes, knocking the Scorpion through the wall and out of the building. Standing dazed on the sidewalk, the Scorpion vows vengeance, but the crimefighters attack him together and finally knock him out. Spider-Man is delighted with the day's work. Then Cap notes that they have to untie Jameson and remove his gag. This, however, is something Spider-Man will not do. He has to save Jameson's life, he says, but he does not have to listen to him. 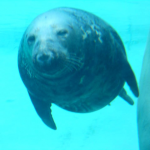