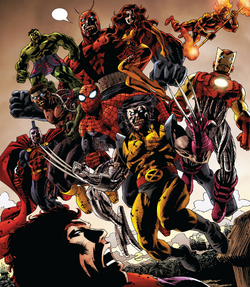 Earth-2149
Earth-Z
(Zombiverse)
(Earth-2149)
When an unidentified super-hero came to this world, he brought a plague that infected the others, eventually causing a Zombie outbreak.

This reality first appeared in the Ultimate Fantastic Four #22, when its world's Fantastic Four lured the Ultimate Reed Richards to their dimension in order to eat him, and later received its own miniseries, where the zombified superheores faced the World Devourer, Galactus.

Though it shares much similar traits to Earth-616, the chronology diverts at some points; for example, seeing Venom among the zombies suggests that the first Secret Wars already happened in this reality,[1] though Galactus came much earlier to Earth in Earth-616;[2] also, the characters are using traditional costumes that by this point they wouldn't be wearing; and Steve Rogers is referred as Colonel America instead of Captain America, without mentioning he was already the president of the United States, much like his Earth-1610 counterpart, but not for a full term. 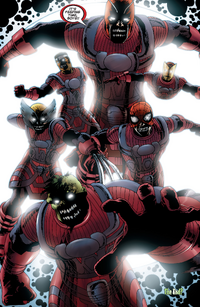 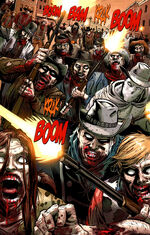 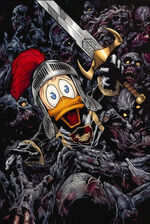 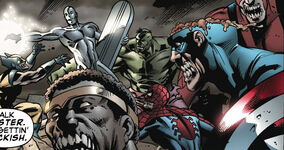 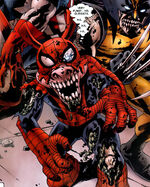 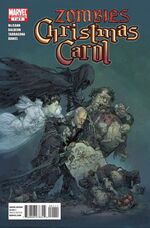 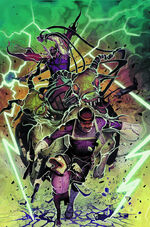 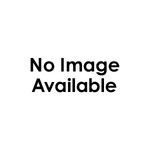 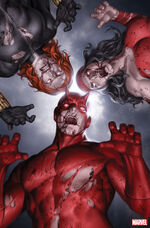 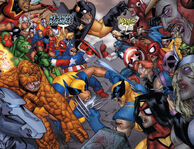 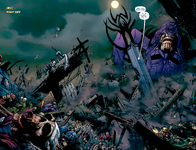 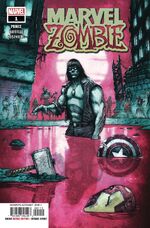 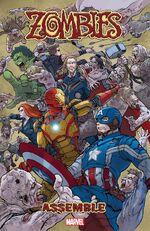 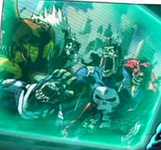 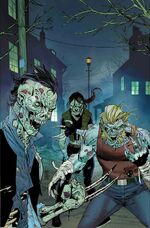 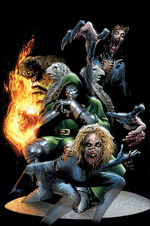 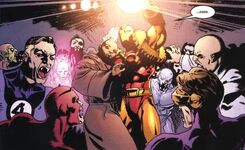 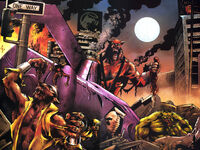 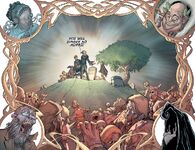 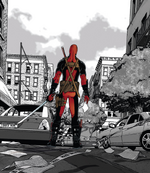 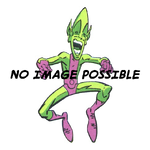 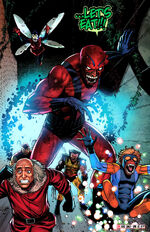 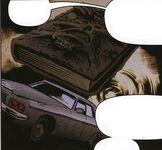 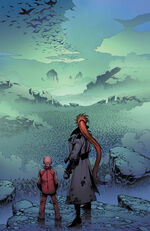 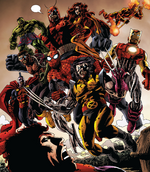