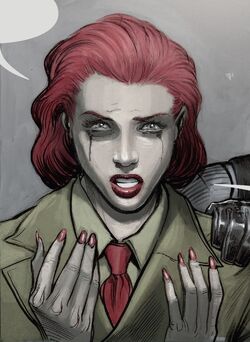 Mary Jane Watson was a volunteer at the Bowery Welfare Center run by May Parker. She was often ignored by Peter who has strong feelings for Felicia Hardy,[1] however, a few years later, it appeared that they were in a relationship.[2]

Like this? Let us know!
Retrieved from "https://marvel.fandom.com/wiki/Mary_Jane_Watson_(Earth-90214)?oldid=5783963"
Community content is available under CC-BY-SA unless otherwise noted.