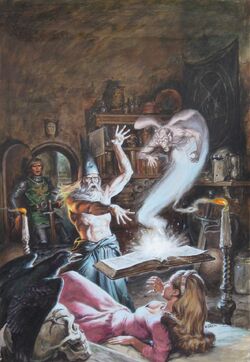 The name Merlin refers to many beings across the Omniverse. It primarily refers to Merlyn of Otherworld, a gestalt entity made up of each reality's Merlin. His powers of illusion and his deceitful nature make it difficult to separate his actions as an omniversal chess player from those of his less manipulative seeming counterparts who each aided a King Arthur and empowered a member of the Captain Britain Corps.

To further confuse matters, Merlyn has on one occasion taken the appearance of Mad Merlin, an impostor who appeared in the white-bearded Merlin of Earth-616's absence. On Earth-238, Merlyn was the red-haired Myrr. On Earth-6120, he was seemingly killed by Makluans. On Earth-8912, he ensured King Arthur was reborn in the late 21st century. On Earth-5556, he was Merlin the Wise of Earth, an ally of the Time Lords and Lords of Althrace. When the Brothers created Earth-9602, the 616 Merlin was merged with the New Earth Merlin. On Earth-818793, the Wise Man, wizard to Lord Arthur, aided that world's Chosen One. 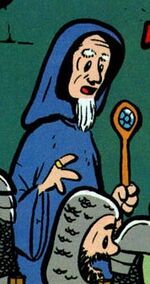 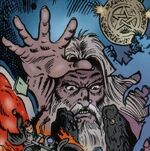 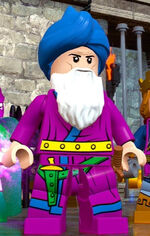 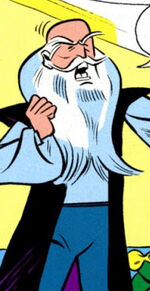 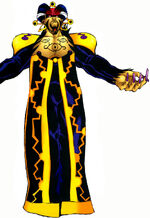 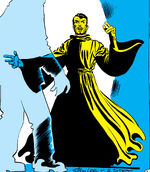 Stones of Merlin
Retrieved from "https://marvel.fandom.com/wiki/Merlin?oldid=5813152"
Community content is available under CC-BY-SA unless otherwise noted.