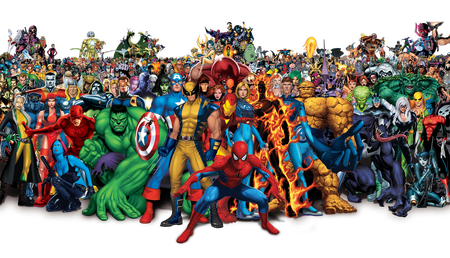 Thanks for Salvo (Neo) (Earth-616)
Be sure to read our policies and guidelines and naming conventions, since they'll probably answer any questions you might have. If you can't find the answer there, try Asking our Experts, Asking in the Forums, or leaving a message on an Administrator's talk page. Just be sure to sign your message using four tildes (~~~~), or by using the 'signature' button:

If you like this site, check our our sister-sites, the DC, Dark Horse, and Image Database Projects as well!

Most importantly of all, Have Fun!

first off, thanks a lot for going through all the X-Men material again, but I think you might be a little too liberal at times on who you consider a part of the team. For example: Lockheed was never on the team, he was at best Kitty's sidekick. Also, you added a few "honorary members" to the X-Men page that had never been officialy called members, at least to my knowledge. For either of those, of course, if you have a reference that calls them that, please re-add them while giving the reference.--edkaufman (talk) 09:56, June 17, 2011 (UTC)

When using the {{a|}} template on comic pages, please use the pagename of the character, not a redirect. Doing so prevents the appearances from being automatically categorized properly. --GrnMarvl14 18:45, June 24, 2011 (UTC)

I wanted to personally tell you that you're doing an AMAZING job around here. You're truly an asset to the Database, and we're luck to have you helping. :)

Keep up the wonderful work!

Retrieved from "https://marvel.fandom.com/wiki/Message_Wall:Heykittycat/User_talk_archive"
Community content is available under CC-BY-SA unless otherwise noted.