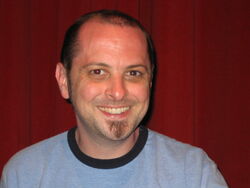 Michael Lark is an Eisner Award nominated illustrator for his work on Daredevil, Gotham Central, Batman Nine Lives and Terminal City. He has also illustrated Terminal City: Aerial Graffiti, Scene of the Crime, and worked on a number of other titles for DC/Vertigo, including All-Star Comics, Superman: War of the Worlds, Sandman Mystery Theatre, The Invisibles, and Legends of the Hawkman.

Like this? Let us know!
Retrieved from "https://marvel.fandom.com/wiki/Michael_Lark?oldid=4678402"
Community content is available under CC-BY-SA unless otherwise noted.