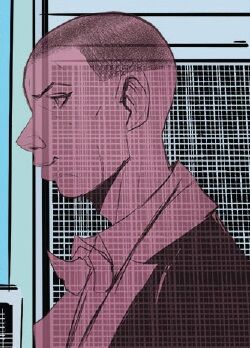 Miles Morales met and fell in love with an unknown universe's Gwen Stacy, aka Spider-Woman, during the War for the Web of Life and Destiny. The pair settled down in Earth-8 where they became a celebrity couple and eventually married.

Twenty years later, Miles and Gwen were part of their world's biggest super-team, the Amazing Eight, in part comprised of their two children, Charlotte and Max. To celebrate the two decades of their marriage, Miles and Gwen went to Vanaheim for their second honeymoon.[1]

Seemingly those of the Miles Morales of Earth-1610.

Seemingly those of the Miles Morales of Earth-1610.

Like this? Let us know!
Retrieved from "https://marvel.fandom.com/wiki/Miles_Morales_(Earth-8)?oldid=5758573"
Community content is available under CC-BY-SA unless otherwise noted.