The Honorable Mr. Mobius "Moby" M. Mobius was originally a member of the Time Variance Authority's junior management, and through meticulous attention to detail, he was promoted to the position of executive in senior management.[1][2] Mobius first encountered the Fantastic Four when prosecuting them for illegal time use, continuity theft, and other various charges; however, the Fantastic Four were able to escape under his supervision.[1][3] Because of files lost during the Fantastic Four's escape, Mobius was in danger of demotion. He attempted to recapture the Fantastic Four, who helped him demonstrate his value by seeking employment with the Kang Dynasty in Chronopolis. Instead of losing his job, Mobius was actually promoted.[2]

When She-Hulk was put on trial by the TVA for attempting to warn a time-displaced version of Hawkeye of his looming death, Mr. Mobius was one of the presiding judges. He was also the only judge to survive when chaos broke out after the villain Clockwise hijacked the trial and went on a rampage blasting the Retroactive Cannon. After She-Hulk stopped Clockwise, Mobius reconsidered the heroine's guilty plea, and subsequently ruled in her favor after the numerous testimonies of the people that She-Hulk helped beyond superheroics convinced him that removing her from the timeline would endanger the entire continuum. However, since She-Hulk was still guilty of tampering with time, Mobius decided to have one of the TVA's prisoners remanded into her custody as punishment, and she chose Two-Gun Kid.[4] 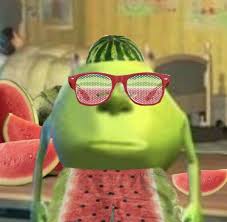