Marvel Database
Register
Don't have an account?
Sign In
Advertisement
in: Dark Reign, War of the Marvels, Comics,
and 24 more
English

View source
watch 02:56
Doctor Strange in The Multiverse o Madness - The Loop
Do you like this video?
Play Sound
Part of the Dark Reign event
Part of the War of the Marvels arc

There is only one thing I want to do more than crush this Moonstone and snap your neck... I want to see you redeem yourself.

Karla Sofen, with the persona of Catherine Donovan controlling her body, is confused. Deep in her mind, portrayed as the apartment she grew up in, Sofen is stuck to a chair with a sticky green substance, with Donovan sitting on the next couch. Sofen, calling Donovan Danvers, demands to know what's going on. In the real world, Carol Danvers throttles her body down to the ground but she doesn't fight back. In her mind, Donovan is distracted by the appearance of her cat Chewie, as Sofen is engulfed in the substance, sending her deep into her subconscious, where she comes face-to-face with her mother, standing right by the moonstone. The memory of her mother forces her to confront who she really is and Sofen becomes Moonstone once again, both in her mind and the real world. She then forces Donovan out of her mind and back into Danvers, thus making Ms. Marvel whole again. With renewed fury, Ms. Marvel uses the knowledge she gained while her other half was in Moonstone to tear the Kree gravity stone out of her body. Weakened and powerless, Sofen asks Danvers to kill her. However, Danvers relents, stating that she already did. 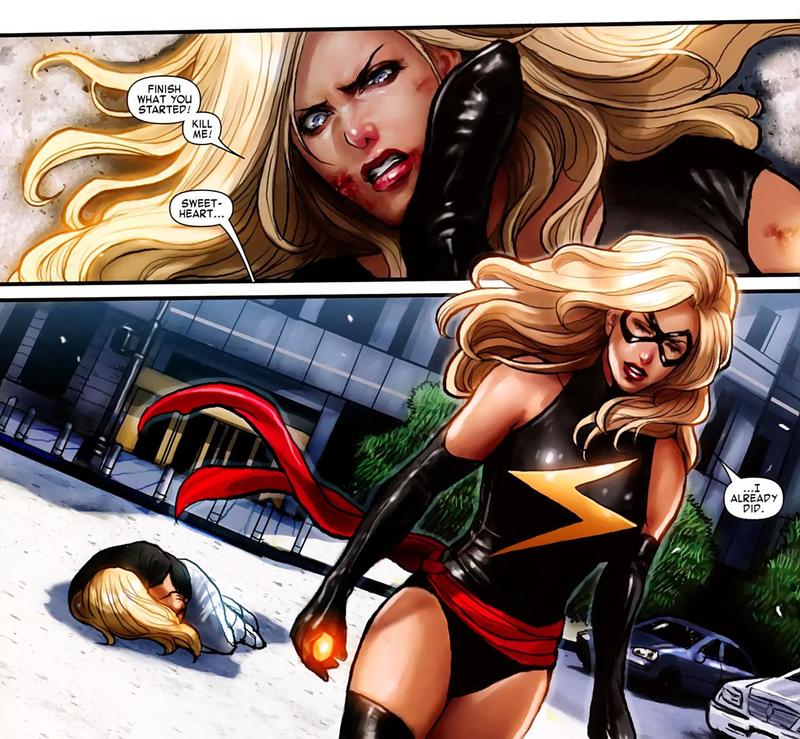 WAR OF THE MARVELS: THE FINAL CHAPTER There’s only room for one Ms. Marvel, and both Carol Danvers and Karla Sofen will kill to take the mantle.