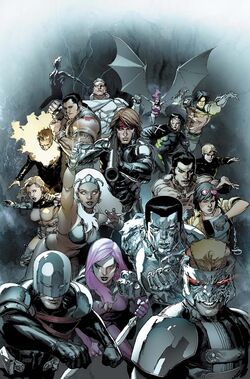 The Mutant Resistance was formed by Magneto, who used his vast magnetic powers to steal several buildings from New York and used them to create Fortress X, a safe haven for mutants. Many mutants flocked to join him, and under his leadership they formed a mutant army, which fought to defend the Fortress from the human invaders who would see mutantkind extinct.[1]

Like this? Let us know!
Retrieved from "https://marvel.fandom.com/wiki/Mutant_Resistance_(Earth-11326)?oldid=5882253"
Community content is available under CC-BY-SA unless otherwise noted.