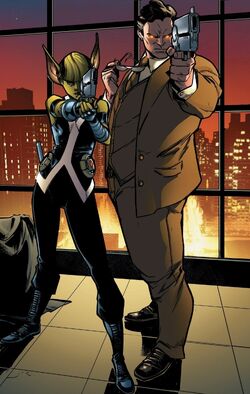 Base of Operations
New Attilan
Affiliations

Origin
The Security Force initially handled all matters that the Royal Guard didn't, from private investigations to covert ops, etc.

Headed by Queen Medusa, the New Attilan Security Force were the policing division of the Inhumans who kept the peace by solving crimes and doing investigations in matters that occured inside the walls of New Attilan, as well as outside on the streets of New York City. This type of job was something that the Inhuman Royal Guard initially didn't do. Originally made up of Auran and her new partner, former NYPD officer and Nuhuman, Nur, they also handled problems that involve covert affairs.[1]

Retrieved from "https://marvel.fandom.com/wiki/New_Attilan_Security_Force_(Earth-616)?oldid=4795223"
Community content is available under CC-BY-SA unless otherwise noted.