Part of the Dark Reign event

My name is Peter Parker. The world hates a coward.

—Spider-Man unmasks for the "first" time.

At the Hood's penthouse, he is before Dormammu, who is in pain for all the power the demon gave him. Dormammu states that he gave power to him and yet Robbins refuses to gain full control. Robbins stutters that he can't find Doctor Strange. Dormammu assures him that he will, when Strange uses his magic. He promises that once Robbins has killed Strange, he will be the new Sorcerer Supreme; but warns him that there are others who are looking for him.

Meanwhile, at the Avengers hideout, Carol Danvers is viewing Clint Barton's live testimony depicting Osborn as a murderer, defrauding the federal government, placing criminals in the Avengers and being in league with the Hood. When asked if there is any proof, he promises that the evidence will present itself soon. Then, an interview with Wonder Man appears, as he acknowledges his conformism to Osborn being top cop of America. Then, Barton returns home.

Carol demands to know why he did that. Barton explains that he's intending to knock Osborn off his game in order for him to slip up. When he does, then everything will return to normal. Carol reminds him that they are a team, and that he should have informed them.

In Dover, New Jersey, Wiccan stops criminals fleeing from police with a magical lightning bolt. Then, Strange turns up, commending him for quick thinking, despite the risk of hurting someone and invites him for breakfast. Strange tells Wiccan that he seeks the new Sorcerer Supreme, and that there has been a wide range of various candidates, from Doctor Doom to Wiccan himself. He had already sought out Jennifer Kale but she was not the one.

He admits that he abused his position as master of the mystic arts and currently the world is unbalanced. Yet the Ancient One, however, promised that his successor will be revealed in time. Wiccan is happy at the thought of gaining the Eye of Agamotto, the Wand of Watoomb, and the Cloak of the Levitation.

However, their conversation is interrupted by the Hood. Strange tells Billy to go, while he faces his more powerful foe.

Meanwhile, the Avengers try to decide on who would be their new leader, which is taken up by Barton, as Luke Cage doesn't want the position anymore. He appoints Carol as his second-in-command. He also asks Spider-Man to show them his face. Spider-Man reluctantly takes off his mask, revealing himself as Peter Parker. Jessica Jones is surprised to see her old classmate from high school, whom she had a crush on. However, he could only remember her as the "coma girl", which she finds hurtful.

As Jessica leaves the room, Parker tells his team that Osborn is his best friend's father. Barton quickly suggests that he get an inside job with Osborn, but before Parker can lay out the complications with the subject, they rush out to find Strange; magically wounded and pleading for help. 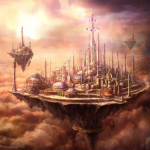