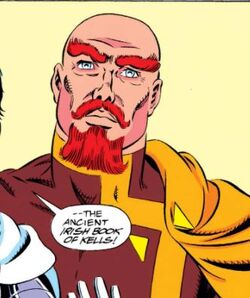 Old Redd was a member of the resistance group known as the Commandeers that were opposing the Punishers on 31st Century Earth. As time went on most of the other members of Commanders were killed or turned traitor.[1]

When his teammate Tarin was elected president of Earth, Old Redd became her vice president.[2]

Like this? Let us know!
Retrieved from "https://marvel.fandom.com/wiki/Old_Redd_(Earth-691)?oldid=5110087"
Community content is available under CC-BY-SA unless otherwise noted.