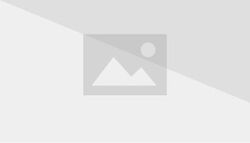 After their victory against the First Firmament, the Celestials colonized the newborn Second Cosmos. They created a servitor race, naming them "Omega(s)" in opposition to the "Alpha" of their vanquished foe.[4] They appeared almost completely identical to each other, with only dress, facial hair, and age to differentiate them. Since their creation, the Omegas operated primarily behind the scenes for the benefit of the Celestials and the Multiverse.[5]

At some point in pancosmic history, a group of Omegas narrowly survived the destruction of their universe by the Death Celestials. Taking stock, they began to enact a plan to counter the Death Celestials' multiversal genocide. This plan involved building Concordance Engines to bind together all the most unique events they found across the Multiverse into one world: Earth. The idea was to create a single place able to "grow" super-beings that could eventually fight and defeat the Death Celestials.[3]

The Omega were divided largely into two groups, both serving the same cause in different ways. The godlike Omega Council remained in "Heaven" and seemed to coordinate the race's overall efforts indirectly, unless they needed to personally interfere.[5] The Presters lived on Earth, with each one waiting in silent guardianship of a Concordance Engine. Any attempt to harm the Engine would result in the Prester instantly putting himself between it and the interloper,[6] and possibly erasing them entirely.[7]

The most notable Omega in Earth's history was the one known only as Prester John, who lost his Engine somehow and was driven mad as a result. Wandering the Earth, he inspired the legend whose name he shares, and almost completely forgot his origins as an Omega.[7]

The Omega possess an unknown level of cosmic power, though how much of it is because of in-born ability and how much is because of advanced technology is currently unknown. The Omega Council can freely move themselves or others between their realm and anywhere on Earth.[5] Presters can erase anything with a touch of their palms, freely touch extremely corrosive surfaces,[7] move almost instantaneously,[6] and go for hundreds, if not thousands, of years with minimal aging.[7]

Like this? Let us know!
Retrieved from "https://marvel.fandom.com/wiki/Omega_(Race)?oldid=6096914"
Community content is available under CC-BY-SA unless otherwise noted.