Operation: Zero Tolerance was an event that transpired shortly after the Onslaught Saga. It was a primary focus of most all the mutant-centric titles (specifically those bearing an "X" in their title) throughout the summer of 1997.

Aftermath of the Onslaught Saga

Most of the core non-mutant superhero teams (the Fantastic Four, a number of Avengers, and Bruce Banner), along with the surprising aid of Doctor Doom, had "sacrificed" themselves in order to help destroy Onslaught by leaping into his body, which was comprised of raw energy at the time. The only superheroes left outside of Onslaught were all mutants who could not enter Onslaught due to his ability to siphon their powers. Members of the X-Men were left to physically attack Onslaught directly and eventually succeeded in destroying him, and in the process, seemingly those who had leapt into his energy form as well.[1]

The assassination of Graydon Creed

This led to a great amount of distrust being harbored toward all mutantkind. Shortly thereafter, Graydon Creed, a presidential candidate and outspoken proponent of mutant hatred, was assassinated by an energy blast of some kind. This escalated humanity's festering feelings toward mutants.[2]

The fallout of both of these events served as a springboard for the man known as Bastion to suggest to the government that he should begin a plan. In order to keep the nation safe from the growing mutant threat, Bastion's plan involved the capture and extermination of all as many mutants as he could find.[3]

Bastion, along with the aid of his newly constructed Prime Sentinels, was given approval to implement this plan, which was dubbed "Operation: Zero Tolerance". He managed to capture a large number of the X-Men early on and was also able to seize control of the X-Mansion (in the process gaining access to vital information regarding numerous mutants).[4]

Eventually, Senator Robert Kelly changed his mind about Zero Tolerance and informed Henry Gyrich he wanted to put an end to their activities. S.H.I.E.L.D. was mandated to take down the operation. Bastion, Zero Tolerance agents, and Prime Sentinels quickly surrendered.[5]

The term "Zero tolerance" entered the public arena in the 1980s, in connection with the 'War on Drugs' and was later applied more widely to certain law enforcement initiatives and similar. 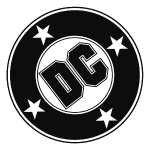 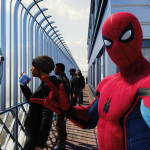