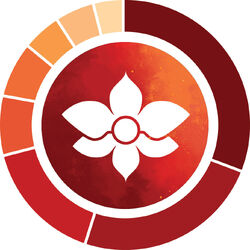 Orchis salvaged the remains of Sol's Hammer and retrofitted it into the Orchis Forge, a site for the creation of a Mother Mold. A strike force of X-Men led by Cyclops successfully destroyed the Mother Mold, with heavy casualties on both sides.[2]

Like this? Let us know!
Retrieved from "https://marvel.fandom.com/wiki/Orchis_(Earth-616)?oldid=6055396"
Community content is available under CC-BY-SA unless otherwise noted.