Brawn is visiting his Champions teammates at Champions Mobile Bunker as Ms. Marvel announces the movie night but instead they hear the news of Senator Geoffrey Patrick from Indiana talking about Brawn's rampage in New York, and remarks that he was not the first young hero to endanger the public. Meanwhile at the Brooklyn Bridge, a semi-truck is stuck between bridge's wires. Spider-Man (Miles Morales) and Spider-Man (Peter Parker) arrive and save the truck. Later, during a discussion between them on Patrick’s recent crusade on young heroes, Peter confides it's similar to past denouncements of his own crimefighting by J. Jonah Jameson.[1]

Later, the Champions are monitoring a teen summit at Coles Academic High School to protect Ailana Kabua, who has been targeted by Roxxon. The school is attacked by Roxxon using an Asgardian dragon left from the War of the Realms. The Champions brawl against Roxxon while also evacuating the crowd. Power Man sends his chi-force at the dragon but Viv Vision is accidentally hit and becomes unstable. The Champions are unable to keep the high school from being destroyed as they attack and manage to stop both the dragon and Viv, who disappears. Meanwhile, escorting Ailana to safety, Ms. Marvel saves her from falling debris by risking her life. Ironheart breaks down in the aftermath of the chaos. Due to the Coles Disaster, the Underage Superhuman Welfare Act is passed by Senator Patrick outlawing superheroes under the age of 21, despite Avengers defending the Champions' actions. Ms. Marvel is in coma in a hospital and to honor her, the act is named "Kamala's Law", without knowing her secret identity as Ms. Marvel. C.R.A.D.L.E. (Child Hero Reconnaissance And Disruption Law Enforcement) is created consisting of Justice, Carolina Washington, Jake Oh, Dum Dum Dugan, Speedball, Timeslip. C.R.A.D.L.E. goes after superheroes like Moon Girl at her home and Ironheart at her Chicago lab and observe the first wave of protest while preparing to raid the West Coast Avengers' HQ. They commandeer the Champions Mobile Bunker while arresting Snowguard and Locust, and hang wanted posters of Ms. Marvel in Jersey City.[2] 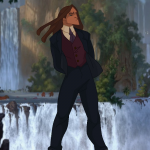