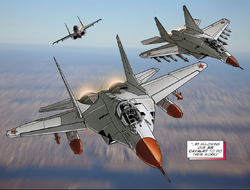 The official armed forces of the People's Republic of China, which includes ground, air, and naval services. It was founded in the 1920s and participated in both World War II and the Korean War.

Like this? Let us know!
Retrieved from "https://marvel.fandom.com/wiki/People%27s_Liberation_Army_(Earth-616)?oldid=5629367"
Community content is available under CC-BY-SA unless otherwise noted.