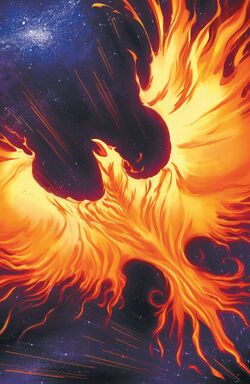 Many people have been known as Phoenix. The first was the Phoenix Force, after Marvel Girl was replaced and placed in a cocoon under Jamaica Bay. The Phoenix Force created a replica body of Jean Grey and took a portion of her psyche, joining the X-Men and thinking it was Jean. A powerful cosmic entity, Phoenix's power was both astounding and threatening. Shortly after Phoenix committed suicide on the blue area of the moon, Rachel Summers, the mutant daughter of Cyclops and Phoenix of another timeline, arrived in the mainstream timeline and claimed a holo-empathic crystal from Jean's parent's home and the name and power of Phoenix as her own birthright. A powerful telepath and telekinetic on her own, as Phoenix, Rachel was on a cosmic level. As Phoenix, Rachel joined the X-Men and battled as the team's telepath, fighting for the peaceful coexistence of mutants and humans, until being split into two beings, one of them, Mother Askani, asked Jean to take the name in her honor before dying. After Rachel asked her to adopt the name of Phoenix, Jean did and was later merged with the Phoenix Force. As a founding member of the X-Men, Jean has been fighting for the peaceful coexistence of mutants and humans most of her life. After Jean married her long-time love, Cyclops, he later began to have an affair with sex therapist and former villain Emma Frost. Powerful telepath and telekinetic, when acting as an avatar of the Phoenix Force, Jean can also wield that entity's incredible powers, such as cosmic pyrokinesis, resurrection, and immortality. Her physical body killed by Kuan-Tin Xorn, Jean's connection with the Phoenix Force makes it unlikely that she will ever truly die. The Phoenix force is the Guardian of Creation and the dangerous M'Kraan Crystal. 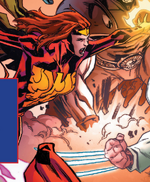 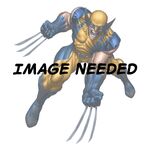